Cars most likely to fail their MoT in Dundee, while the highest pass rate is on the Isle of Man 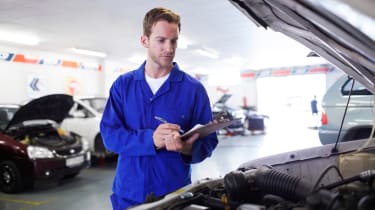 Britain’s MoT failure hotspots have been mapped out in a new study. And according to figures obtained by vehicle management service Automyze, drivers in Dundee have the least roadworthy cars, with 53 per cent failing their most recent MoTs. No less than four of the 10 towns and cities with the highest numbers of MoT flops were in Scotland, with failure rates of nearly 50 per cent in both Aberdeen and Perth, too.

And it’s not just motorists north of the border who are having problems. Drivers in Truro, Plymouth and Exeter in the south-west also had failure rates significantly higher than the national average.

• How to check your car mileage and MoT history online

According to the Driver and Vehicle Standards Agency, only 38 per cent of cars failed their initial MoT last year, with this dropping to 29 per cent after appeals.

Figures from the DVSA also show the most common reason for an MoT failure is for faulty lights and signals, with 18 per cent of cars failing as a result. Suspension and brake problems cause a further 20 per cent of failures, while worn or faulty tyres accounted for seven per cent of vehicles. 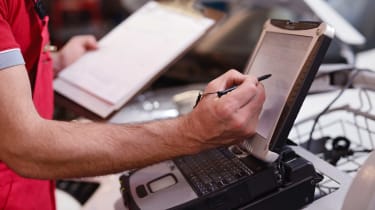 By contrast, the Isle of Man has the highest MoT pass rate in the UK with nearly 72 per cent of cars getting through first time. Nine of the 10 towns and cities with the lowest MoT failure rates were in the south-east of England, with London commuter belts such as Sutton and Croydon seeing over 62 per cent of cars passing.

• Check the MOT history of any car here

Lucy Burnford, director of Automyze, said: “There could be a number of reasons why MoT failure rates are higher in Dundee, from the length of time people own their cars to the types of vehicle they own.

“However, some basic checks could bring failure rates down and save both time and money. Ahead of your vehicle’s MoT, it’s always worth doing some simple checks yourself to ensure anything straightforward like filling up the screen wash can be fixed in advance of your test.”