Speeding fines: top tips on UK speeding tickets and how to appeal them 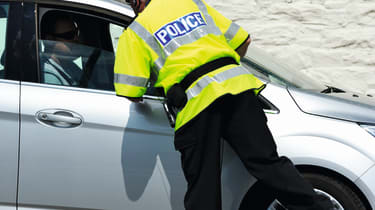 What a nightmare! You've received in the post the dreaded 'notice of intended prosecution for a speeding offence'. Or perhaps you've been stopped by the police and received a speeding ticket. Unfair, right?

Sure, it might have been 3am or a sunny day with perfect visibility. You may well have been running late for work or in a hurry to collect the children from school. But, screaming 'unfair' just isn't going to cut it.

You might think that speeding fines and safety cameras are a moral outrage and the police have better things to do than catch drivers travelling a few miles per hour over the limit. But if you were caught driving over the speed limit, there really is no excuse. Hold your hands up and admit defeat.

Speeding fines are a significant source of revenue for the Treasury, with all receipts paid into a consolidated fund and used towards general government expenditure. In 2016 alone, a total of 1.97 million fixed penalty notices were issued for speeding offences in England and Wales.

How much is a speeding ticket going to cost?

In April 2017, the sentencing structure for drivers prosecuted for speeding was changed, but the laws remained the same. The minimum penalty for speeding remains a £100 fine and 3 penalty points on your licence.

Penalties at this level are often issued automatically, and you could be offered the opportunity to attend a speed awareness course. The cost will be similar to the fine, but you'll avoid having points added to your driving licence.

The maximum speeding fine that can be imposed by magistrates is £2,500 for speeding on the motorway, but as fines have to take account of personal means you’d have to be driving very fast and be very rich to cop a punishment at that end of the scale. Of course, magistrates courts use their judgment on any offences in-between and issue speeding fines, licence points and driving bans accordingly.

If you’re a repeat offender, and build up 12 points or more during a three-year period, you are likely to face a period of disqualification from driving too.

When is a speeding fine worth contesting?

Contesting a speeding ticket is a risky business. If a court decides in favour of police or speed camera evidence, your small speeding penalty could turn into a bigger one! That’s why experts reckon less than one per cent of UK speeding tickets are contested, and only around half of those appeals are successful.

Most successful appeals are built around the technicalities of how and where a ticket was issued, although many speed camera penalties are dropped if a vehicle’s registered keeper responds to a Notice of Intended Prosecution (NIP) by claiming they can’t remember who was driving. This is itself a risky claim, because if a magistrate’s court chooses not to believe it, they can fine the vehicle’s keeper £1,000 for not identifying the culprit and issue a driving ban.

A Notice of Intended Prosecution will be issued to the offender in the post automatically after you’ve been snapped by a speed camera. If you’ve been caught by a policeman operating a radar gun, the NIP may be verbal.

How long will a speeding fine take to arrive?

If a postal NIP is issued, it must be delivered to the registered keeper within 14 days of the alleged offence, and the keeper must respond within 28 days with the information requested – even if they are choosing to appeal.

Contesting a speeding ticket – next steps

There are plenty of websites giving details of the technicalities that have been used to get speeding offence allegations dropped. Some even have an online calculator to tell you the likely size of a court fine for a given offence.

First, you have to reply to your speeding ticket with a not guilty plea. This will result in you being summoned to a court hearing.

If you’re confident that you have valid grounds to contest your speeding ticket, if you are a diligent researcher and if have the confidence and intelligence to put your case forward in a magistrate’s court, you may consider going it alone. You are perfectly within your rights to do so, and magistrates can be sympathetic to a well-considered and respectfully argued case from a member of the public.

Representing yourself is certainly cheaper than hiring a lawyer to contest a speeding ticket case. The magistrates, however, won’t take kindly to having their time wasted if you haven’t fully understood the law, or exactly what it is that you need to show in order to prove your innocence.

In most low-level cases, going to court over a speeding fine will be a risk that isn't worth taking. When the financial stakes are higher, or a driving ban is in the offing, seeking legal advice may be a sensible option.

Have you ever successfully appealed a speeding fine? Let us know in the comments section below...