Okuyama, the designer behind the Ferrari Enzo and Maserati Quattroporte, turns his hand to something a bit different 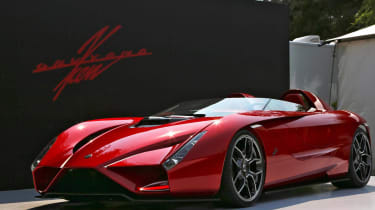 Monterey, California saw its fair share of stunning cars during Monterey Car Week, but one of the most striking has to be the kode57 Concept. Designed by Ken Okuyama, it’s a V12-powered monster wrapped in a beautiful (if slightly mad) bodyshell, and Ken says it may make it into limited production. The Kode57 made its debut at the 2016 Quail Motorsports Gathering.

Ken Okuyama is the former head of famed styling house Pininfarina, and during his time there he designed iconic cars like the Ferrari Enzo, Maserati Quattroporte, Maserati Birdcage concept and several one-off concepts. The Kode57 shares certain details, like the thrusting front-end design, with the Enzo but has several unique design cues, like aerodynamic humps behind the cockpit and show-stopping suicide doors. 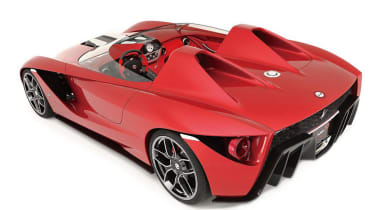 The kode57 shows off its engineering through fantastic see-through wings as well as a clear engine cover. And what an engine it is – a 6.0-litre V12 putting out around 600 horsepower. With massive 21-inch wheels shod in Pirelli P Zero tyres, there should be no trouble putting all that power to the ground either. In fact, famous Ferrari tuners Novitec Rosso, who worked on the car, have the capacity to increase power even further.

Novitect Rosso will also tune the suspension to customer demands, with a custom setup able to rise up by 45mm to aid parking and city driving.

Inside, the kode57 is clad in handmade leather and suede – the epitome of luxury. It’s no Spartan stripped-out track car in there with air-conditioning, electric seats, and an adjustable steering wheel all featuring. 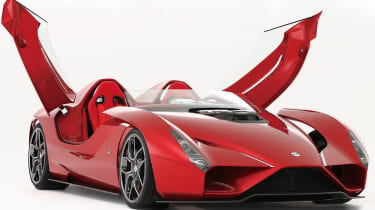 The name ‘kode57’ is inspired by the year 1957. Okuyama says this year was "an iconic one in which many legendary cars were born and motor racing gained a strong worldwide following".

Don’t expect to see the kode57 concept everywhere – production will be extremely limited. Still, it could be the ultimate luxury item for the car enthusiast who already has nearly everything.

What do you think of this limited-run hypercar? Let us know in the comments below...