Could these be the Le Mans cars of the future?

The 2017 Michelin Design Challenge asked participants to picture what the Le Mans cars of 2030 will look like. 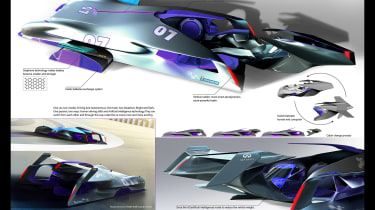 Each year, Michelin invites up-and-coming designers to show off their skills in the annual Michelin Design Challenge. Themes for the challenge are wide-ranging, but this year potential entrants were asked to think like a racing car designer - and envision what the Le Mans endurance race cars of 2030 will look like.

Over the years, the Le Mans 24hr races have inspired some of the most advanced cars of their day and been a driving force behind automotive technology improvements in our road cars. Innnovations like performance diesel engines and hybrid technologies have played a crucial role at Le Mans in recent years while iconic vehicle designs like Nissan's radical DeltaWing have also come out of the iconic race series.

As part of this year's Design Challenge, Michelin asked entrants to look to the future for their car designs, and create a vehicle that would embrace future technology while remaining sympathetic to the brand values of the manufacturer who would build it.

Michelin recieved over 1,600 entries in this year's competition, and had to whittle them down to just one winner and two runners up. But a team of judges from Michelin and major manufacturers like BMW, Honda, Ford, GM and Peugeot Citroen managed it. See below for the three top entries, and click through our gallery to see all 20 finalists. 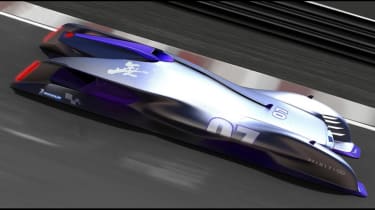 Chinese Tao Ni cut his teeth at the Tianjin Academy of Fine Arts before embarking on a career with Volvo in Shanghai. His entrant for the Infiniti Team embraces autonomous technology - allowing drivers to take control during the daylight hours before handing over to the car itself for the night shift. This, he says, will not only make the race more exciting, but it will improve safety, too. It sounds a little bit like cheating to us but you can't argue with the spectacular design. 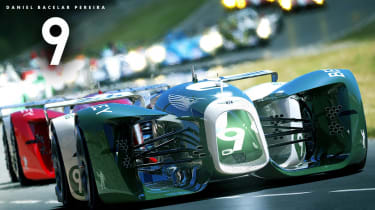 Bentley has yet to produce a fully electric vehicle, but Portugese-born Pereira envisions a 2030 Bentley Le Mans entrant with some seriously advanced battery tech. His concept involves a set of batteries hidden inside the race tyres - allowing teams to change out batteries and tyres in one slick move. Add this to the glorious Bentley styling, harking back to the brand's golden era at Le Mans in the 1920s, and it would make a great showcase for such future-looking technology. 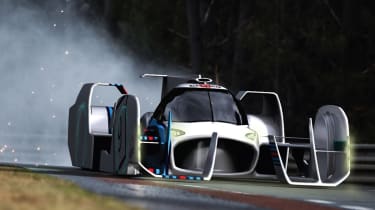 One of the craziest entrants comes from Canadian Kurt Scanlan, who has drawn up a car that minimises contact with the road by using the wind to corner. Those sophisticated front wings are actually ailerons, made from an electroactive polymer that changes shape with electricity. Scanlan says this will improve the cars cornering speeds, lap times, and require fewer pit-stops thanks to its fuel-saving nature.

Click through our gallery to see the remaining 17 finalists in the 2017 Michelin Design Challenge...