2019 is the first time Le Mans has served as the finale for the WEC championship. We speak to two Brits taking part 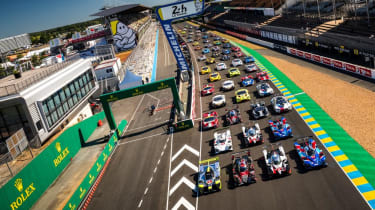 This weekend sees the 87th running of the legendary Le Mans 24 Hours race at the Circuit de le Sarthe in north west France.

A 60-strong grid of prototype and GT cars, spread across four classes, will take to the 8.5-mile circuit at 3pm local time Saturday, racing around the clock until 3pm Sunday.

With the World Endurance Championship (WEC) having now switched to an autumn-to-summer calendar, 2019 marks the first time Le Mans will be the season finale. 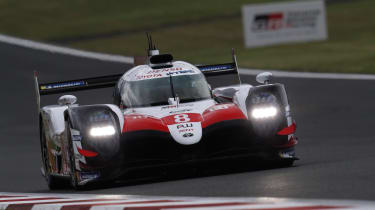 As always, there’s a very strong British presence up and down the field, with Mike Conway poised for a good result in the #7 works Toyota alongside his co-drivers Kamui Kobayashi and Jose Maria Lopez. On paper, the #8 sister car of 2018 winners Fernando Alonso, Kazuki Nakajima and Sebastien Buemi is their only real competition, with all the other cars in the top LMP1 class being non-hybrid privateer entries.

Nothing can be taken for granted at Le Mans, however. In 2017, despite a full set of Toyota and Porsche works cars being entered, runners from the LMP2 class led overall and eventually finished second and third on the podium behind the winning Porsche, which itself had to claw back a huge deficit after having technical problems in the early stages of the race. 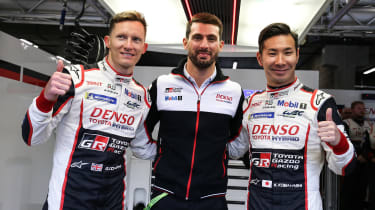 So the two Russian SMP Racing cars, as well as the Anglo-Swiss Rebellion Racing entries and the single cars from ByKolles and Dragonspeed, will be ready to take advantage should anything unforeseen delay either or both of the Toyotas.

In the #8 Toyota, Alonso will be looking to cap off his time in sportscar racing with a second Le Mans victory, as well as put the disappointment of failing to qualify for last month’s Indianapolis 500 behind him.

Alonso, Nakajima and Buemi are also all-but-guaranteed to win the WEC driver’s title for the 2018-19 season, going into the French race (which awards double points) with a 31-point lead over the #7 trio. 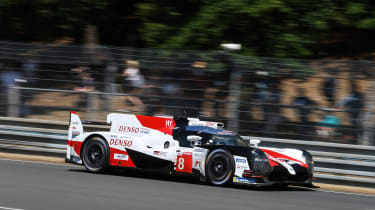 “It looks unrealistic that we’ll win the driver’s title, but we’ll push to the end,” Conway said, speaking to Auto Express ahead of the race. “We don’t want to see the other car not finish. I want to win Le Mans so badly, but you can’t force it.

“You’ve just got to go out there, do your job as well as you can and see where you end up. I hope that we can at least bring it home for another 1-2 for the team.”

This will be Conway’s sixth Le Mans, and his fifth with the works Toyota team. 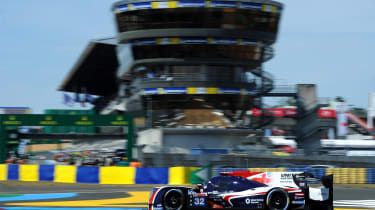 “It doesn’t matter how many times you do this race, it doesn’t get easier,” he admitted. “Even though you come to know more about it, it’s still tough to compete at this level for 24 hours flat out.

“It makes it more intense when it’s just the two Toyotas going for it; the guys in the other car know exactly what we’re up to, we know what they’re up to, so it’s even harder to get an advantage. We share information, everything’s there, we can see their data.”

Conway has been on the podium with Toyota twice before, finishing second in both 2016 and 2018, and will be going all out to take his maiden win at La Sarthe this year. 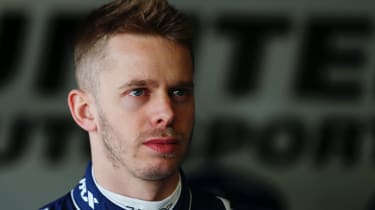 Elsewhere, in the fiercely competitive LMP2 class, Alex Brundle lines up with the United Autosports squad, which finished third in the category in 2018 and will be pushing for an even better result this year.

“Even if you do other 24-hour races, there’s nowhere else where you go as fast for as long – that’s what sets Le Mans apart, as well as the build-up and the pressure,” Brundle said. “It takes its toll; as a driver, you have to block that out and deliver.”

Among Brundle’s rivals in the LMP2 ranks are ex-F1 men Paul di Resta, Will Stevens, Jean-Eric Vergne, Giedo van der Garde and Anthony Davidson, while extremely close racing is also expected from the production-derived racers of the GTE Pro class. 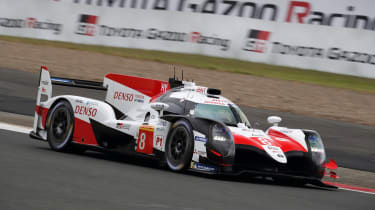 Ford and BMW are ending their works participation in the WEC at this event, and will be going all out to finish on a high, in the face of competition from Aston Martin, Porsche, Ferrari and Corvette.

The race can be followed across Saturday and Sunday on Eurosport, or online on the World Endurance Championship app, which can be downloaded from www.fiawec.com.