Drink-drive stats show men outnumber women by four to one, but female offenders get shorter average bans than males 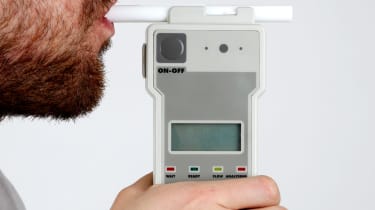 Women are likely to drink more alcohol than men before getting behind the wheel – but they are given shorter bans, exclusive Auto Express figures can reveal.

Data from IAM RoadSmart’s drink-drive rehab course last year shows UK drivers are on average 2.1 times over the limit when caught, and receive a 20-month ban. And while men outnumber women four to one, females in their thirties were found to be nearly two-and-a-half times over the limit – more than any other age group or gender. Despite this, women received a 90-day shorter driving ban than male counterparts.

The worst case was a 48-year-old woman from Aylesbury, Bucks, who registered 161mg of alcohol per 100ml of breath in a roadside test – nearly five times the 35mg limit – and was banned for three years. Three of the five highest readings were recorded by females, although the longest ban of five years went to a 35-year-old man from Slough, Berks.

Neil Greig, IAM RoadSmart director of policy and research, said: “In general, women are far less likely to commit any motoring offence. Those who do shouldn’t expect any less in terms of fines or bans. In recent years, there are some studies that suggest women are ‘catching up’ with men in terms of offending, but they have a long way to go.”

• UK drink-drive limit will not be lowered

Drivers in their forties and fifties were the worst offenders, with those in their twenties the least over the limit. Greig added: “The hardcore minority who continue to ignore limits are one of the toughest nuts to crack. IAM RoadSmart supports more resources for data-led enforcement targeting repeat offenders and high-risk areas. If that meant police cars outside pubs, surveys suggest most drivers would support it.”

What do you think of the drink-drive stats? Let us know below...