High-end dealer reports surge in European buyers, making savings of up to 20 per cent due to the weaker pound 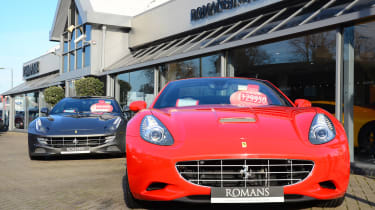 The dramatic post-Brexit fall in the value of the pound against foreign currencies has brought a deluge of supercar buyers from overseas, according to independent luxury car specialist Romans International.

The Surrey-based dealer said it has seen overseas enquiries rise by more than 20 per cent since the Brexit vote. The sharp increase came as the pound plummeted to a 31-year low against the dollar in January, meaning foreign buyers now get more for their money. 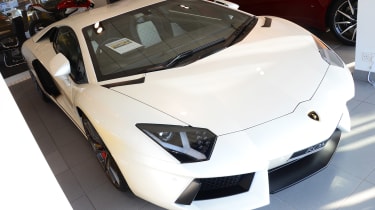 This has seen some of Romans’ most exclusive stock – including a Porsche 918 Spyder, McLaren P1 and Bugatti Veyron – all end up overseas. Demand is especially strong for left-hand-drive hypercars, as VAT-qualifying models can be sold outside the EU tax free.

“Buyers of cars like this tend to be shrewd collectors or investors,” said Paul Jaconelli, owner of Romans International.

In recent years, there has been a huge increase of supercars imported into Britain, but since Brexit, it’s reversed. European buyers have seen even greater gains in their spending power, with a Euro buying around 20 per cent more in Britain than it did a year ago.

“Blue-chip supercars are seen as a safe investment,” said Jaconelli. “Britain is offering them at a 20 per cent discount – that’s an irresistible offer to many foreign buyers.”

Are you sad to see some of Britain's supercars and hypercars leave the country? Let us know below...