Retromobile 2017: the best classic cars from the Paris show

From the Aston Martin DB5 to the Lamborghini Countach, there was something for everyone at Retromobile 2017, the first classic car show of the year.

Held at the Porte de Versailles Exhibition Centre in Paris, this year’s Retromobile show boasted over 500 classic cars and 60,000 square feet of exhibition space, making it the place to be for any classic car fan.

Click on the image below for our gallery of all the best cars to feature at Retromobile 2017. 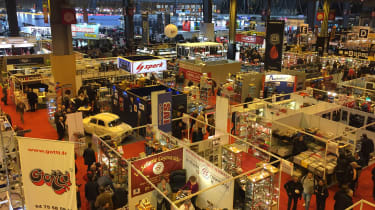 One of the main highlights was undoubted Ferrari. Celebrating its 70th birthday this year, Retromobile paid homage to the Italian manufacturer by showcasing many of their classics from the world of road driving and track racing, including the 250 Lusso, Testarossa, F50 and more.

Bugatti had one of the biggest exhibits at the show as the brand showcased a full range of its history, from the stunning Type 57 S Atlantic to the EB 110 GT and numerous Veyrons. 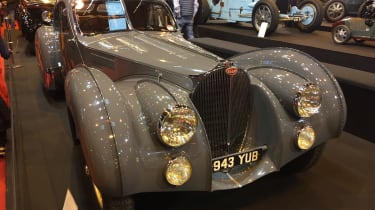 Not to be outdone at their home show, Renault, Citroen and DS were in attendance, with each displaying cars from the start of their existence up to the present day.

There was also no shortage of cars from the world of motor sports, especially Formula 1. The Ferrari 312 B2, driven by the likes of Mario Andretti, and the B3 attracted plenty of attention. However perhaps the biggest Formula 1 draw was the iconic six-wheeled Tyrrell P34.

Despite being labelled as a classic car show, Retromobile also looked forward to the future. We may have already seen them, but the DS E-Tense and Renault Trezor proved to be just as popular as many of the older cars on show.

Did you go to Retromobile 2017? What was your favourite car? Let us know below…