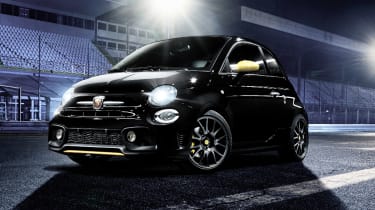 Abarth has revealed yet another version of its Fiat 500 based 595 hot hatchback, which will go on sale in the UK at the end of March priced from £17,290.

It’s a new Abarth 595 Trofeo based on the facelifted Fiat 500 introduced in 2016. The previous 595 Trofeo was launched in summer 2015 and was limited to 250 examples in the UK, but the new car won’t be limited to a specific number and will be available with plenty more options. 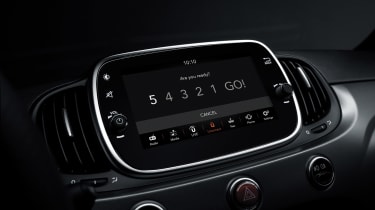 It’s based heavily on the 595 Pista revealed at the Geneva Motor Show earlier this month. Under the bonnet is a 1.4-litre turbocharged four-cylinder petrol engine producing 158bhp and 230Nm of torque. Top speed comes in at 134mph and 0-62mph takes 7.3 seconds, while the soundtrack is amplified by the use of a ‘Monza Record’ sports exhaust system.

The 595 Trofeo will be available in five different colours. Abarth Red lines up against white, black and two different shades of grey, while yellow, red or black exterior accents mark the car out as a Trofeo. The look is rounded off with 17-inch matte black alloy wheels.

Like the Pista, the Trofeo gets a 7-inch U-connect infotainment system with Abarth telemetry pre-loaded with some of Europe’s top racing circuits. It’ll also be available as a cabriolet, priced from £19,290.

What do you think of the Abarth 595 Trofeo? Let us know in the comments...