Your guide to the big summer car shows of 2017 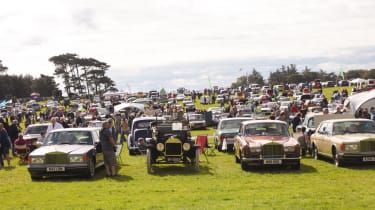 There’s nothing we Brits love more than a scorching day out – and it’s even better if it’s full of sizzling metal. And summer 2017 has petrolheads well and truly catered for, as there’s barely a weekend without a top car show.

We’ve rounded up the best car show events the sunshine months have to offer – none of which involves being cooped up in stuffy motor show halls.

Each one promises the chance to stretch your legs in the Great British outdoors, while getting up close with some of the hottest cars and extreme action the UK has to offer. All you have to worry about is the weather... 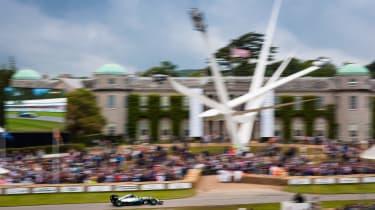 Arguably Britain’s flagship motoring event, the Festival of Speed has a theme every year, and in 2017 it is ‘Peaks of Performance – Motorsport’s Game-Changers’. That means racing cars and bikes that were so powerful, extravagant or just plain bonkers that they caused organisers to change the rules. Fans can expect insane machinery such as Group B rally stormers, 750kg thirties Grand Prix racers and turbocharged Formula One cars with insane aerodynamics. Exotic motors tearing up the hill is always Goodwood’s highlight, but the  festival will also feature the usual rally stage, aviation displays and action sports. 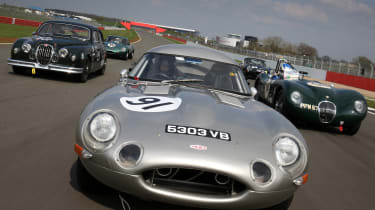 Dubbed the world’s biggest classic motor racing festival, the Silverstone Classic is a Mecca for historic motorsport fans. More than 10,000 high-performance classic cars will descend on the home of the British Grand Prix over the course of a weekend, along with more than 100 classic car clubs.

There will barely be breathing space between races, with everything from pre-1966 Grand Prix cars through to Group C Le Mans racers and modern classic Supertouring saloons from the BTCC’s heyday. Off-track entertainment will include The Beatles, Jimi Hendrix and The Who tribute acts, along with air displays and a flagship classic car auction by Silverstone Classics. 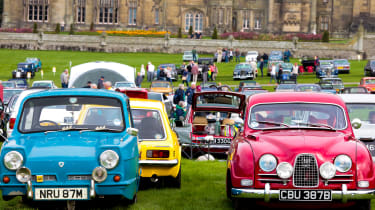 It does what it says on the tin – the Big Welsh Car Show is a colossal gathering of motors. For 2017, the event is moving from Margam Country Park in Port Talbot to Chepstow Racecourse, and all proceeds go to blood cancer charity Bloodwise, which organises the event.

The show caters for classic car fans above all else, although the occasional rare and recent model may sneak into the display area. Non-motoring activities will include live music, a funfair and the chance to learn circus tricks. 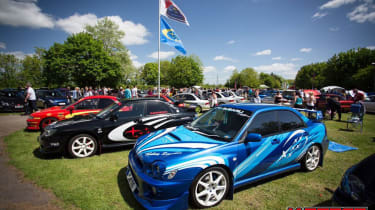 Far East meets East Midlands at this all-Japanese car gala. The festival has a heavy modified car presence, so expect plenty of souped-up Mitsubishi Evos and Subaru Imprezas with mega horsepower, but the plethora of displays will also include a range of supremely restored classics alongside modern metal with a performance theme.

Track action will comprise the MSA Time Attack Championship, plus sideways passenger rides with British Drift Championship drivers and open track time for enthusiasts with their own Japanese cars.

Showgoers scouring for spare or scarce parts can head to the retail village, and there will also be a competition for visitors to the show to win a Honda S2000 GT. 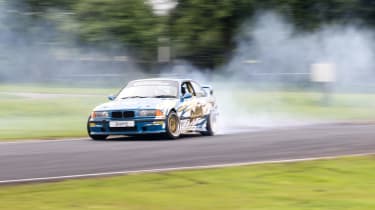 This year will be the first time the Scottish Car Show has become a full weekend event. The show started life as a relatively small modified car gathering, and was previously a single-day affair, but has now mushroomed to incorporate over 2,000 exhibitor vehicles and more than 20,000 visitors.

As well as hot vehicle displays and show car competitions, highlights will include supercar and Ariel Atom passenger rides, drift taxis and military vehicle displays by the Army. The event is now in its 14th year and prides itself on being child-friendly, and will cater for kids with face painting, a petting zoo and a soft play area. 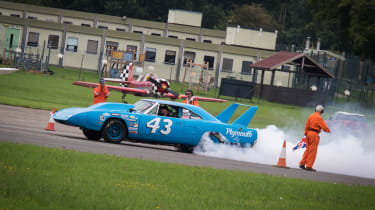 If you like your cars and planes vintage then this is the must-attend event of the summer.

As well as being the test track for TV’s Top Gear, Dunsfold Aerodrome is steeped in aviation history. It was built by the Canadian army as a bomber airfield for use in the Second World War, so it’s a fitting venue to display and fly classic military aircraft, such as Spitfire fighters, Lancaster bombers and Apache helicopters.

On the ground, visitors to the two-day event at the Surrey airfield can expect parades and displays from as many battle-ready, on and off-road vehicles as you can handle, while a host of modern and classic supercars will tear up the runway and sound fantastic. 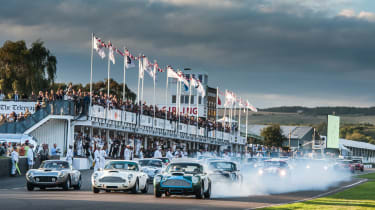 The Goodwood Revival is designed to recreate the track’s golden era between 1948 and 1966, and half the fun is donning old-fashioned garments and imagining you’re mixing it with the Bentley Boys in a bygone era.

Competing vehicles do their practice sessions on the day, so visitors get the chance to see every rare and tasty classic in action on the track. The Barry Sheene Memorial Trophy bike race and St Mary’s Trophy saloon car race, both on the Saturday, are firm favourites – as are the famous Second World War Spitfires zooming overhead.

Records have been known to tumble as rare vintage cars go under the hammer at the annual Bonhams auction, too. 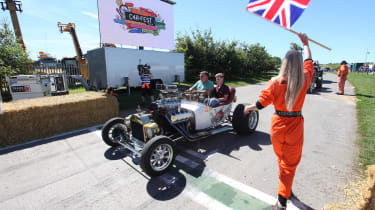 Music festival meets motor show at Carfest, which is the brainchild of celebrity petrolhead Chris Evans. The event is a fundraiser for BBC Children in Need and held in two separate locations, one in Cheshire and the other in Hampshire.

Despite the name, cars almost play second fiddle to the musical headliners, which this year will include The Manic Street Preachers, The Killers and The Jacksons. Petrolheads are well catered for, though, as among the main attractions is a collection of weird and wonderful vehicles from around the globe, rides in supercars and a retro car club.

Will you be attending any of these car shows? Let us know in the comments section below...