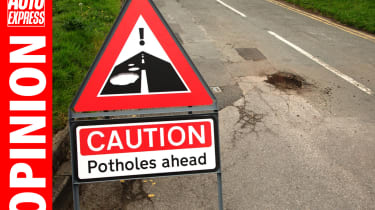 When it comes to your road safety and wellbeing, do you trust ​the men from the Department for Transport or the anonymous agency workers allegedly managing Britain’s network of highways?

Are you confident that blokes from the council properly fill in potholes, refresh white lines and signs, fix broken pavements and bollards and clean or grit the street?

Have you faith in those who manage our archaic speed limit system? And do you suspect the public and private sector enforcement agencies often fail to identify and eliminate major problems, because it’s easier and more lucrative for them to police minor ones? It hurts me to confess that my confidence in the organisations and ‘systems’ mentioned above is fast disappearing.

Safety organisations, motoring associations and other interested parties are too polite to say how well or badly they believe road safety is now managed and policed. But if each outfit could name one problem that needs tackling immediately to reduce RAIDs (road accidents, injuries, deaths), what would it be?

Top of the RAC’s wishlist is a pledge from every driver not to use a handheld phone at the wheel, coupled with a commitment from Government to do more about this “epidemic”. The AA told me its priority is a doubling of Emergency Refuge Areas (ERAs) on Smart Motorways. Volvo, the company widely regarded as the traditional champion of safety, is far more adventurous in its expectations for the near future, saying: “The continuous development of autonomous drive technology is taking us closer to our vision that, by 2020, no one will be killed or seriously injured in a new Volvo car.” If this is to be believed, it might just have hit on the sales line of the decade.

True, factors such as vehicle styling, price, mpg, ride quality and reliability matter. But surely nothing matters more than keeping yourself and your fellow car occupants alive and free from injury?

Do you agree with Mike? Let us know in the comments section below…