Swiss concept creators Rinspeed will exhibit the Etos at CES 2016, a BMW i8-based car with its own drone companion 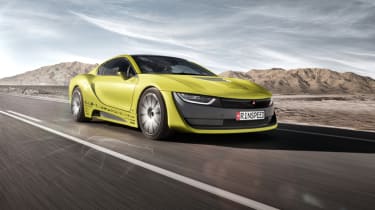 Rinspeed is a car company with a difference. The Swiss company prefers to create wacky concepts instead of production cars - calling itself a 'powerhouse of ideas' rather than a car manufacturer. Its latest model, the Rinspeed Etos, is wackier than most. It's a sports car based on the BMW i8 - but adds several features, including a landing pad for a drone.

Even without its flying companion the Rinspeed Etos is an eye-catching car. Bright yellow paint compliments a body with shades of Chevrolet Camaro, Honda NSX and BMW i8 about the styling. It's got huge 20-inch alloy wheels - and of course, the landing pad on the rear, which lights up with a variety of patterns and pictures. 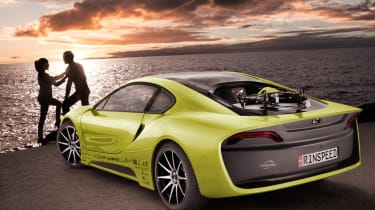 It's hard to imagine a future where Rinspeed's drone is as useful as the company says it is - suggesting it could film the car while driving, collect deliveries or even pick up a bouquet of flowers for a loved one on the way home. Just be sure not to drive past any government buildings.

As is the fashion, the Etos will be capable of fully autonomous driving - and in this mode, the stylish steering wheel retracts and allows passengers to fully enjoy the interior, which is every bit as high-tech as the outside. 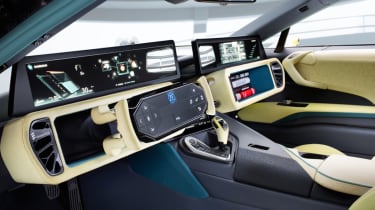 Natural leather and synthetic fabrics are embossed with the San Francisco skyline, and dual widescreen displays dominate the dash. Rinspeed's made full use of its Swiss heritage, and a self-winding mechanical clock takes pride of place in the centre of the dashboard. It's got a camera integrated into it for high-quality video calls.

Cameras feature heavily all around the car, with eight positioned around the outside to aid visibility and manoeuvrability - especially in autonomous mode. The car features sophisticated eye-tracking technology which knows not only what the driver has seen, but what they may have missed - allowing the car to tailor warning messages to the specific situation. 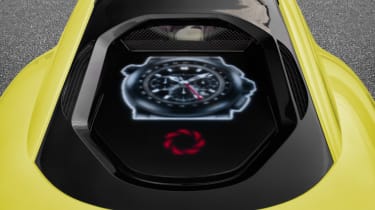 Rinspeed just keeps the gadgets and goodies coming - from contactless payment in the wing mirrors to special octagonal antennas to keep the sophisticated Etos connected at all times. Where any of this applies to production models we'll have to see, but you can't criticize Rinspeed for being shy about thinking outside the box!

The Rinspeed Etos will be the first car the company has debuted outside it's home country of Switzerland. Rinspeed's concepts are normally confined to the Geneva Motor Show but this will be making its way to the Consumer Electronics Show - CES - at the start of 2016.

Will cars get their own drones in the future? Let us know what you think in the comments section below...