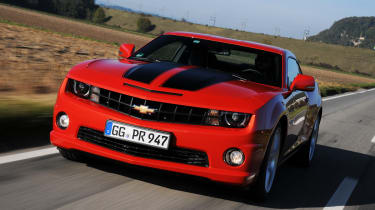 Returning to the UK after a 10-year absence, the Chevrolet Camaro is one of the most iconic of US muscle cars alongside the Ford Mustang and Dodge Challenger. Sticking to the simple formula of a big V8 engine, rear-wheel drive and brash, head-turning looks, the Camaro can be bought either as a Coupe or a soft-top Cabriolet, with a six-speed manual or automatic transmission. The European version of the Camaro comes with a stiffer suspension set-up for improved handling, and is offered only in flagship SS trim, which includes everything from leather upholstery to parking sensors and a top-of-the-range stereo.

The Chevrolet Camaro comes with two engine choices - depending which gearbox you opt for. Manual versions are powered by a potent 426bhp 6.2-litre LS3 V8 from the Corvette, while automatic variants use a less powerful L99 engine that has a clever 'ActiveFuel' system to shut down half the cylinders to help save fuel. Both feel suitably rapid and raucous in a straight line, but the manual's heavy clutch and agricultural shift action make it a tiring car to drive - the automatic is much easier to live with. The Camaro is quite a heavy car, and that weight makes its presence felt in the bends, although there's plenty of grip thanks to the huge wheels and grippy tyres. The steering is well weighted but lacks feel, and the lack of visibility due to the thick A and C-pillars could cause problems on narrow UK roads.

The L99 engine in the automatic boosts fuel economy slightly thanks to the 'ActiveFuel' technology – and the transition between modes is seamless – but overall the Camaro has a serious thirst for petrol. The manual version averages 20mpg and emits a whopping 329g/km of CO2. Similarly, standard costs like tyres, brakes and insurance will all be as pricey as you'd expect for a car with this kind of performance. Although the Camaro is cheaper to buy than its rivals, it will still cost the same to run as premium brand models, and maybe even more.

The Chevy Camaro has all the muscle car cues of the sixties original - and the bulging wheelarches, bonnet stripes and deeply recessed headlights look fantastic. The polished 20-inch alloy wheels won't suit all tastes, but the Camaro will definitely get you noticed. Inside, the retro touches continue, with four dials mounted on the centre console and a cockpit-like dash that wraps around the driver. Neat touches like ambient lights across the doors and a head-up display that projects important information on the windscreen give the cabin a hi-tech feel, but some of the materials used are hard to the touch, particularly lower down. Some of the button layouts are counter-intuitive too, such as the boot release button, which is mounted behind the driver's left elbow in the door panel.

For a coupe, the Chevy Camaro is reasonably practical, with an acceptable 320-litre boot that has enough room for two suitcases – although the narrow opening would make carrying awkward items difficult. The rear bench folds down, but again, access is the biggest problem. Given its enormous exterior proportions, you might expect there to be lots of room inside. While front passengers are well catered for, those in the rear will find it very tight indeed – both in terms of head and legroom – and you'd only want to carry four on very short trips.

All of the Camaro's parts have been tried and tested in other cars, and it's been on sale long enough in the US that any major issues have already been ironed out. It's not the last word in build quality, but everything feels sturdy enough, and Chevrolet offers a five-year warranty, which comes with free roadside assistance for the first year and covers all the major mechanicals. Although the Camaro hasn't been tested by Euro NCAP, it should be very safe, as it comes with a load of safety equipment as standard, including ESP and six airbags. 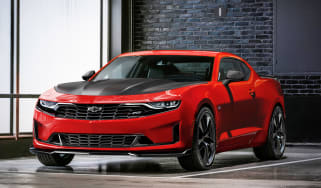 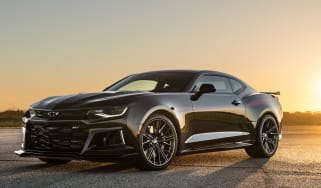 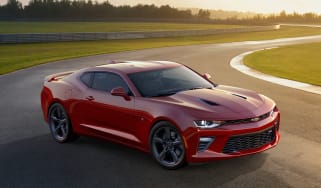 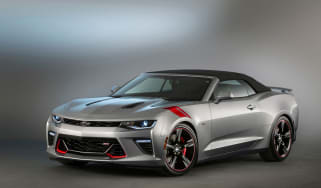 Chevrolet Camaro gets new range of options for SEMA 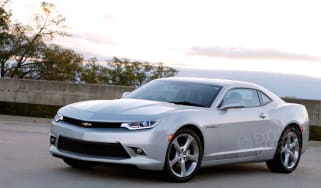 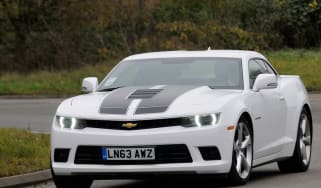 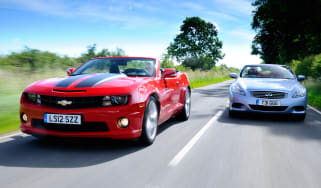 Chevrolet has unleashed its muscular V8 Camaro Convertible in the UK. Is it a better buy than the V6-engined Infiniti G37?
Chevrolet Camaro SS 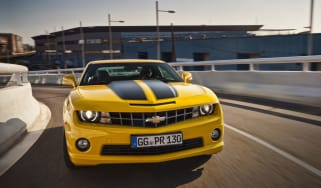 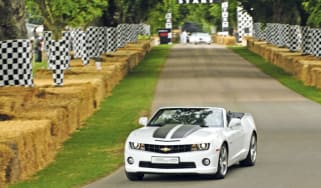 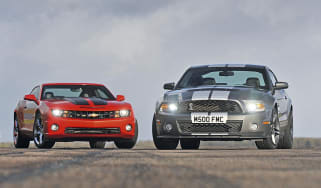 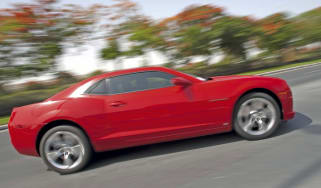 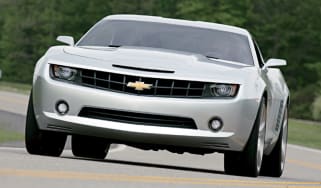 Muscle cars are back! Ford's retro-look, big-power Mustang has plugged that long-vacant space in US buyers' hearts - and now Chevrolet wants a piece o…
Skip to HeaderSkip to Content