Twice as many drivers are planning on an electric car next, although most people want a minimum range of 368 miles first 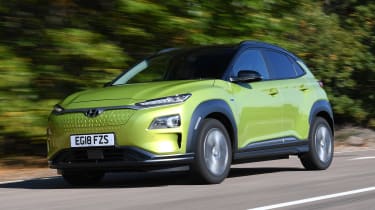 Twice as many drivers intend to buy an all-electric car when their current vehicle needs replacing compared to a year ago, according to new research.

The RAC surveyed 1,753 UK motorists for its Report on Motoring. Of these, six per cent said they would be buying an electric car next - twice as many as the same time last year. This figure rises to 15 per cent when plug-in hybrids and hydrogen fuel cell vehicles are included - up from 12 per cent in 2018.

• How to buy an electric car

Furthermore, 21 per cent of respondents said they would be buying a conventional hybrid as their next car - an increase from 17 per cent last year. In London, meanwhile, the proportion of drivers planning to buy an electric car, plug-in hybrid or hydrogen fuel cell car rises to 26 per cent.

Nicholas Lyes, head of policy at the RAC, commented: “It is very encouraging there is an increased willingness among drivers to go full or part electric when they next change their vehicles.

“But, while this is positive, it is also concerning that the average driver doesn’t see themselves owning a pure electric car until 2030 – a point borne out by the fact that less than one per cent of cars on the road are currently of this type.”

He added: “We strongly urge the Government to keep the Plug-in Car Grant in place in some form until at least 2022 to continue stimulating the market. We also call on it to abolish vehicle excise duty for ultra-low emission vehicles, effectively reversing its 2017 decision to start charging plug-in hybrid vehicles car tax. This move would be popular with 30 per cent of drivers questioned for the RAC Report on Motoring who felt this should be scrapped.”

What are the electric cars with the longest range? Head over to our sister site DrivingElectric to find out...