Apple Watch - is the 'iWatch' legal for driving?

Is it legal to use Apple Watch wearable technology while driving? 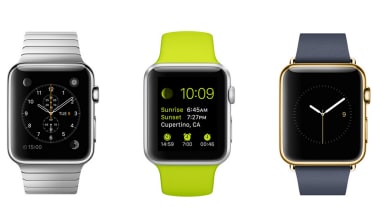 Being caught using an Apple Watch while driving will carry the same penalty as using a mobile phone, the Department for Transport (DfT) has confirmed.

Apple announced the release of its latest technology with users able to check messages, make calls and surf the web from their wrist. It'll go on sale from 2015, costs upwards of £220 and gives traffic officers the unenviable task of enforcing existing laws to prevent misuse.

The DfT told Auto Express it was looking at "further options" for the future but current laws were already sufficient to deal with the growing market of "wearable" technology. Earlier this year, a US court dropped a case against a driver who was caught speeding while wearing Google Glass as there was no evidence it was active.

A DfT spokesman said: "Using a mobile phone or any device that distracts a driver whilst driving is extremely dangerous and is already illegal.

"We are also considering a number of further options to deter drivers. We also increased the fine to £100 last August for using a mobile phone whilst driving."

• Death of the tax disc: what you need to know

That means that being caught behind the wheel while unsafely operating the iWatch would carry a fixed penalty notice of £100 and three penalty points. In more serious cases, it could be taken to court where drivers face disqualifaction and a maximum £1,000 fine.

However, it is currently legal to use hands-free phones and sat-navs when you’re driving - both functions that the Apple Watch is capable of. Therefore, an officer could be hard pressed to tell if it's being used illegally. The law does state, however, that if police think you're distracted and not in control of your vehicle they can still stop and penalise motorists.