A new website has proven a huge hit with motorists by allowing them to fight a parking fine in a matter of seconds. 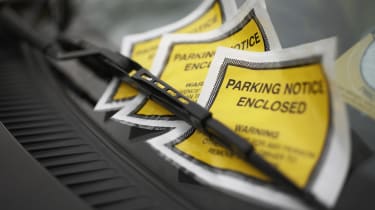 Motorists facing parking fines are now able to file an appeal in just matter of seconds via a new website. The site lets drivers fill in their details then creates a customised appeal letter to the relevant council.

The whole process is said to take less than a minute, and the site's creator, 18-year-old Joshua Browder, believes motorists have a better chance of winning an appeal using donotpay.co.uk than if they compiled the letter themselves. Currently, the chances of winning a parking fine appeal in the UK are said to be around 56 per cent.

The donotpay.co.uk site gives motorists 12 different grounds to appeal wrongful fines ranging from problems with signage to accidentally paying for a different date. It has the capacity to support Google Street View as well, so drivers can attach further evidence of the place where the offence was issued.

The website has been live for two weeks and has proven a huge hit for motorists. It is free to use, unlike some other similar services that demand a fee, and was fined tuned with help from a leading traffic lawyer.

Browder came up with the idea after receiving multiple parking tickets around his school in Camden, he said: “I realised councils operate a ticket first and ask questions later policy. I was given parking tickets for trivial reasons, and had to spend hours of my time writing appeals, many of which were successful." The website is set to remain free for users in the future.

Have you had any luck in appealing parking fines? Tell us in the comments below...