New 2019 Acura RDX Prototype unveiled at Detroit for US market 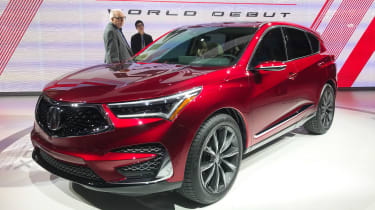 Honda’s luxury sub-brand Acura has unveiled its all-new prototype RDX crossover SUV at the Detroit Motor Show, ahead of the car’s production launch in the American market next year.

Built on a platform exclusive to Acura, the prototype is said to be the “most extensive Acura redesign in more than a decade”. It’s powered by a 2.0-litre turbocharged VTEC petrol engine that replaces the existing model’s 3.5-litre naturally aspirated V6.

The VTEC powertrain is mated to a 10-speed automatic gearbox, which Acura states is the first of its kind in the luxury crossover segment, while power is fed through all four wheels. There is also an NSX-style driving mode selector with four driving modes to choose from. 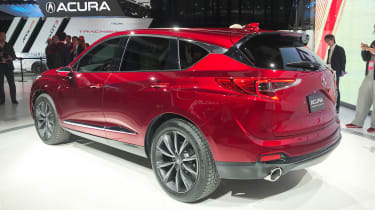 Design inspiration comes from the Acura Precision Concept, first unveiled at Detroit in 2016, particularly the front grille, LED headlights and the same red metallic paint. The SUV body looks lower but that’s really because its track has been widened by 30mm. The RDX’s wheelbase has been increased by 64mm, giving the five-seat crossover more space for occupants inside.

Inside, the RDX Prototype is fitted with leather upholstery and heated, ventilated front seats. Acura has introduced its new 10.2-inch infotainment system, called Acura True Touchpad Interface, which is mounted at the top of the ‘floating’ centre console.

What do you make of the Acura RDX Prototype? Let us know what you think in the comments area below…