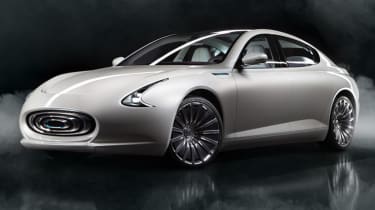 Ambitiously aiming to gatecrash Tesla's party and rob sales from the Model S, Thunder Power's saloon concept is nothing but distinctive. That wacky oval grille design blends with swoopy headlamps and a bubble-shaped roof profile for an imposing, if divisive look. 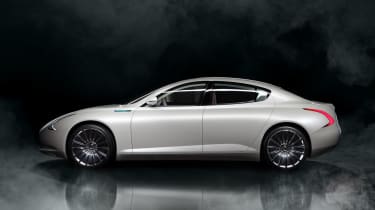 The interior is a similarly space-age place to spend time. The dash is dominated by a massive, full-length TFT display that stretches right across its width, displaying details about energy usage and satnav data.

The Thunder Power electric car is claiming to offer 430bhp, with enough juice in the batteries for a 373-mile range. 0-62mph will be dispatched with in under 5 seconds, and it claims to go on to a top speed of 155mph - all impressively ambitious numbers, especially from a start-up company. 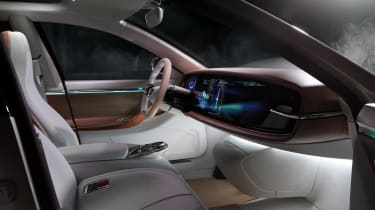 The car is said to be aiming for a retail price of 400,000 Chinese Yuan - that's just over £40,000 when directly converted. We can't wait to see the Thunder Power on the road but while we do, we'll bring you all the news as we get it.

Do you think Thunder Power will have the tools to beat Tesla? Let us know in the comments below...