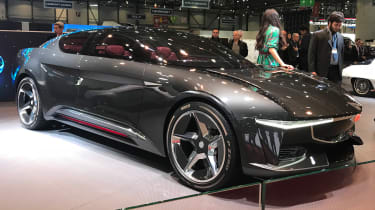 Called the Sibylla, the Tesla-bating concept features a dramatic look with a one-piece glasshouse, coupe-like roofline and boomerang rear lights. It's designed as a modern interpretation of the cars Giugiaro designed in the 1960s.

The glasshouse eliminates the need for an A-pillar, which is said to make it easier to get in and out of. The glass itself is photosensitive and adopts a tint in direct sunlight, while the dome can slide forwards and backwards on structural glides. 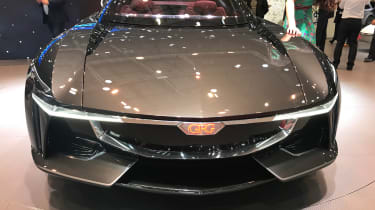 The concept uses a four-motor electric powertrain and platform engineered by Chinese green energy company Envision. No power output is given, but the car is likely to use a 75kWh battery, which is said to store enough energy to power the average European home for a week. It can become part of a renewable energy ecosystem, called EnOS, acting as an intelligent energy source.

Inside, the Sibylla features a completely flat floor with four individual seats that can recline and slide. An aircraft-inspired steering wheel features, and the dash is said to be laid out in a half-moon shape with several displays for infotainment functions.