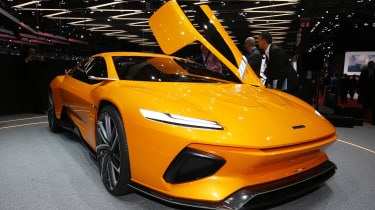 The Geneva Motor Show has had many exciting debuts, but some may have missed Italdesign's new GTZero. The all-electric, four-seat concept supercar made its first official debut yesterday.

Italdesign, a long-standing design and engineering firm owned by the VW Group (and founded by Giorgetto Giugiaro), took a Lamborghini Huracan and completely reskinned it with a stylish shooting brake body. It was sculpted by ex-Lambo designer Filippo Perini. 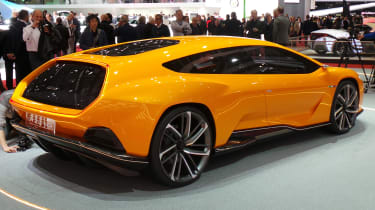 The firm also ripped out the V10 engine and replaced it with a 483bhp electric powertrain.The carbon monocoque frame holds in three electric motors - two mounted on the front axle and one at the back. It's a modular layout that can be configured for a variety of engine layouts and seating positions.

Batteries build into the frame provide a claimed 311-mile range, while it gets four-wheel drive and four-wheel steering. Inside, everything is controlled by a series of touchscreens, while there's also controls on the steering wheel.

Of course, this is purely a design and engineering study for now, and no official production is hinted at.