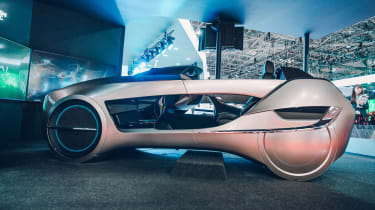 • All the latest from the 2017 Tokyo Motor Show

One of the main features on the Emirai 4 is the driver sensing system. A wide-angle interior camera monitors the driver and front seat passenger, detecting potentially dangerous driving behaviour based on their seat posture. It also provides a safe switchover between manual and autonomous driving modes. 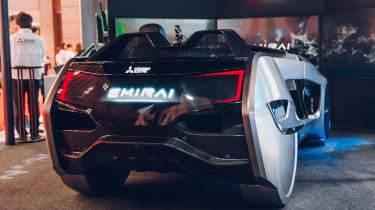 The concept features a range of driving assists such as human machine interface (HMI), which incorporates an augmented reality heads-up display with a 3D-mapped version of the road you are driving on. The purpose of this is to aid the driver in conditions where poor visibility arises.

A knob-on display is also features. working in tandem with the HUD. At the flick of a knob, the driver can operate various functions without taking their eyes off the road.

What do you think of the Mitsubishi Electric Emirai 4? Let us know in the comments section below...