Daihatsu is no longer in the UK market, but is still prominent in Japan and has unveiled a range of concepts cars at Tokyo 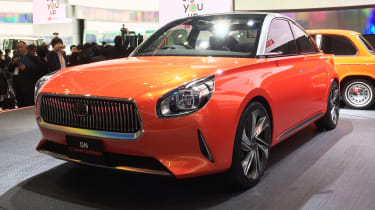 First up is the DN Compagno, a four-door coupe that boasts a stylish yet compact coupe body kit. It shares its name with the original multi-purpose Compagno from 1963 and features similarly frugal engines to its 1960’s namesake. 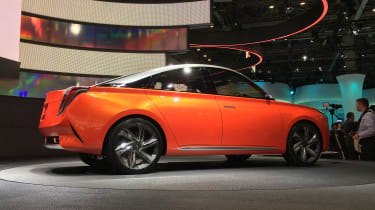 The two engine options for the DN Compagno are a 1.0-litre turbocharged powertrain and a 1.2-litre hybrid, although it is not yet clear whether they will be three-pot or four-pot engines.

Also unveiled is the boxy DN Pro Cargo kei car. It’s designed as a commercial EV with a low, flat floor resulting in easy access for passengers, in addition to good luggage space for a concept car. The DN Pro Cargo is loosely based in the 1957 Daihatsu Midget tricycle. 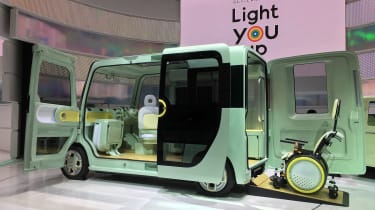 Daihatsu has also joined in on the SUV bandwagon with the DN Trec compact SUV. The vehicle is said to boast a high-quality, compact interior with active, fun and tough exterior styling. Both the 1.0-litre turbo and 1.2-litre hybrid powertrains on the DN Compagno will also be fitted to the DN Trec.

Daihatsu has been a compact division of Toyota since 1967. They have not been in the UK market since 2013, but still remain prominent in the Japanese market, where the above concepts are designed for and could go on sale in a few years time.

Which is your favourite concept car at this year's Tokyo Motor Show? Let us know in the comments section below... 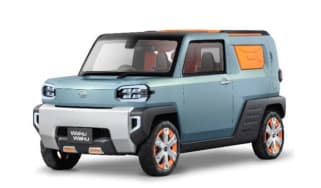 Japanese manufacturer Daihatsu has released a raft of concepts at its home motor show this year, based on the theme of “gathering”