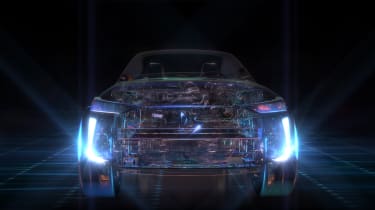 DS has previewed some of the technology that will appear on a new C-segment crossover early next year. It’ll be called the DS 4 and it’s targeting at stealing sales from the Audi SQ2, BMW X2 and Mercedes GLA.

The DS 4 will sit between the baby DS 3 Crossback and flagship DS 7 Crossback – and it’ll be based on the PSA Group’s EMP2 platform. In essence, it’s a shrunken and repackaged version of the DS 7’s underpinnings, but features a lighter-weight construction with a greater reliance on composite materials.

It’ll be powered by a detuned version of the DS 7 Crossback’s plug-in hybrid powertrain, which comprises a turbocharged 1.6-litre four-cylinder petrol engine and an electric motor, for a combined output of 222bhp. DS also says the system’s battery pack will offer a maximum electric range of 31 miles on a full charge.

DS executives have already ruled a pure-electric version of the new crossover, as the EMP2 platform isn’t compatible with full battery-power. That’s said, an evolution of the EMP2 architecture with full EV compatibility is in the pipeline – and is expected to debut under a new flagship Citroen saloon next year.

Inside the DS 4, buyers get a large central screen that can be controlled through gestures, voice commands or a trackpad mounted on the centre console. There’ll also be a new head-up display, which projects information onto the windscreen at a perceived distance of four metres ahead of the driver.

DS’s official exterior teaser images don’t give much away, however, spy shots reveal that the crossover will be more of a jacked-up hatchback than a fully-fledged SUV, focussing on style rather than outright practicality and off-road ability. 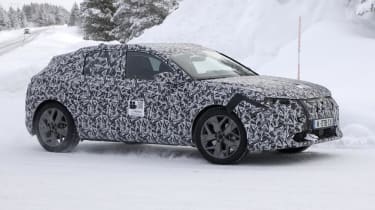 However, DS has confirmed that the new crossover will receive the brand’s latest Matrix LED headlamps which, like those on the original 1967 Citroen DS, swivel to match the angle of the steering wheel. The units also feature an adaptive high-beam, which automatically dips the lights for oncoming road users.

Beneath the skin, the DS 4 will feature an Active Scan Suspension system. The setup uses a camera mounted at the top of the windscreen, which scans the road surface and relays data about upcoming imperfections to the car’s adaptive dampers. The shocks then preemptively adjust the damping to make the ride as smooth as possible.

This will be joined by a raft of driver assistance technology and a level 2 autonomous driving function, which can assume control of the crossover’s steering, throttle and brakes on the motorway. DS also says the system will be able to automatically overtake traffic and adjust the car’s speed according to upcoming corners or speed limit changes.

What do you make of the new DS 4 crossover? Let us know in the comments section below… 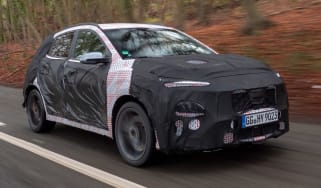 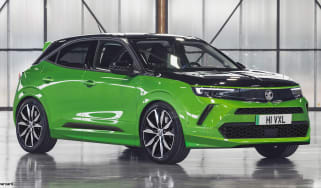 Vauxhall will launch a performance-focused version of the Mokka in 2022, resurrecting its VXR branding in the process
Used Suzuki Ignis review 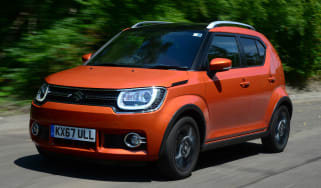 Everything you need to know if you’re buying a second-hand Suzuki Ignis. This buyer's guide covers the Ignis crossover (2016-date)