RM Sotheby’s to sell highly original Ferrari 250 GTO, which could become the most expensive car ever sold at auction 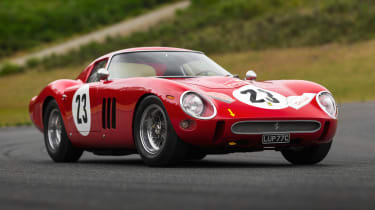 A Ferrari 250 GTO will go under the hammer at RM Sotheby’s Monterey auction in August, and it could become one of the most expensive cars ever auctioned, carrying an estimate of $45 million (£34 million).

Widely revered as one of the ultimate collector’s cars, the 250 GTO has claimed close to 300 overall racing victories worldwide.

This particular 1962 250 GTO on offer is the third of the 36 examples built, bearing chassis no. 3413 GT. It began its life as a Series I car and claimed victory in all but one of ten races entered in 1962. Remarkably for a race car, it retains its original engine, gearbox, and rear axle, as well as its factory Series II body, fitted by Carrozzeria Scaglietti in 1964. 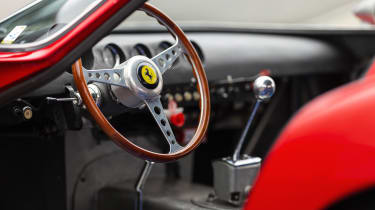 Owned since 2000 by former Microsoft chief software architect Dr. Greg Whitten, RM Sotheby’s claims that previous owners include some of the world’s most prominent Ferrari collectors.

Under Dr. Whitten’s ownership, the GTO has competed in vintage events around the world over the last two decades, as well as four of the lauded GTO anniversary tours.

• Your guide to buying a car at auction

Earlier this year, it was rumoured that the private sale of a pristine, early example saw £52 million change hands. This example, used by Ferrari as a test car for Phil Hill ahead of the 1962 Targa Florio road race, looks set to be the most expensive car ever sold at auction should its £34 million plus estimation hold out.