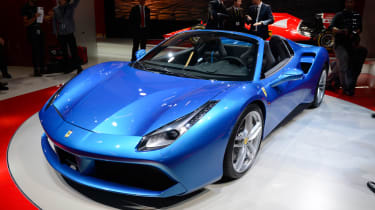 Ferrari has revealed the second member of the 488 family: the Spider. The open-top, V8 supercar arrives only six months after the GTB was first introduced, and becomes the most powerful drop-top ever to come out of Maranello. It has made its world debut at the Frankfurt Motor Show and will arrive in dealers next summer.

As with the 458 Spider that went before it, the 488 uses a two-piece retractable hard-top. It’s 25kg lighter than the fabric roof used on the old F430 Spider. Like every drop-top Ferrari, the 488’s roof can only be operated when the car is stationary for safety reasons, but it can then be neatly and electrically stowed under the new flying buttresses in 14 seconds.

The added strengthening required to make up for the loss of a fixed roof means the Spider is 50kg heavier than the 488 GTB, but it’s still 10kg lighter than a 458 Spider. However, the aluminum chassis and body construction means the new car’s retained the same torsional rigidity as the coupé. 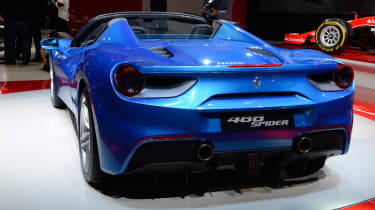 The manufacturer has also fitted an electric glass rear wind stop, which can be adjusted to three positions. Even when the roof is in place, the glass section can be lowered so that the driver can be exposed to the full V8 soundtrack.

As well as being Ferrari’s fastest-ever Spider, the 488 is claimed to be the most aerodynamically efficient drop-top from the brand. This is due to aerodynamic features such as the active front bumper and blown rear spoiler carried over from the GTB. 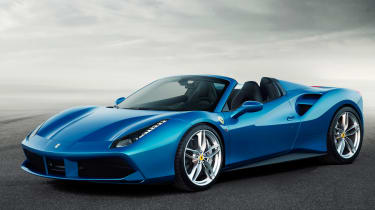 To make the 488 even more engaging to drive than the 458 Spider, Ferrari has tweaked the electronic aids. The second-generation Slide Slip Angle Control System (SSC2) now allows the driver greater freedom with throttle inputs, with less intrusive traction control. Ferrari claims the result is 12 per cent faster acceleration out of corners than in the 458 Spider, with nine per cent improvements in steering and throttle responses.

Ferrari has a long and illustrious history of developing fast, loud, mid-engined V8, open-top supercars. We list the highlights of the Spider family, from the 348 Spider of 1989 right up to what could be the last of the naturally aspirated Ferraris, the 458. 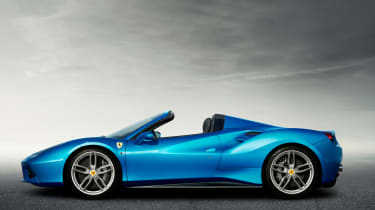 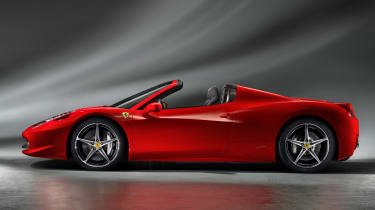 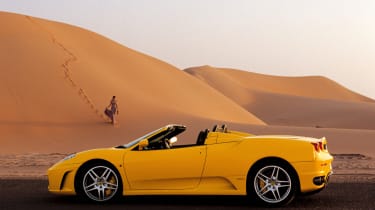 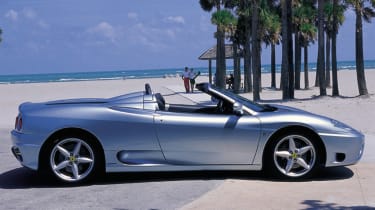 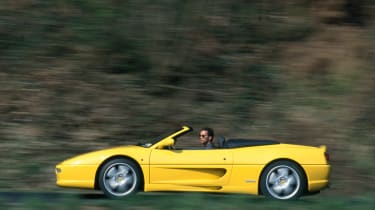 One of most famous Ferraris, 355 had highest bhp per litre of any production car in 1994 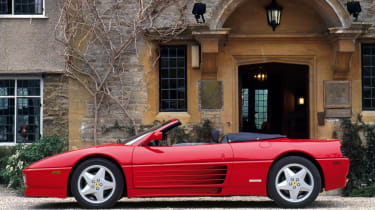