Teak detailing, 50s-style fins and a beautiful seaside setting - not a superyacht, but Capri's newest taxi - the Castagna Tiberio 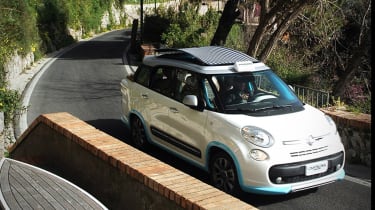 Castagna Tiberio is an exotic-sounding name that probably wouldn't look out of place on a £200,000 supercar or a £2m luxury yacht - but it's been pressed into service on something rather more modest. Enter, the Castagna Tiberio, a Fiat 500L-based drop-top taxi from Italian company Castagna Milano.

London has its black cabs, New York has its yellow taxis and India favours the Hindustan Ambassador, but the island of Capri off the coast of Italy is known for a rather different kind of cabby. The strong tourist trade means any vehicle has to meet certain criteria - namely, seven seats, a big luggage area, a modest footprint, and of course, an open roof to drink in all that Mediterranean sunshine. 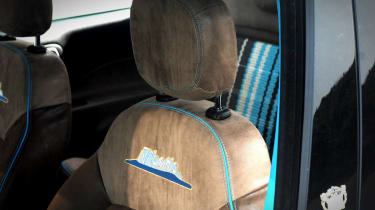 The most popular vehicle for these purposes is based on a Fiat Marea, which was released in 1998, but the fleet is getting pretty elderly these days and it's time for an upgrade. That's where the Castagna Tiberio comes in. It's based on the Fiat 500L, and provides everything that the old Marea-based taxi does, but with a shorter wheelbase and more efficient engine.

While the front of the vehicle is pretty much unchanged, it's round the back that things get interesting. The open rear deck has been extended and finished in teak, while the roof gains a striped canopy over the top. The car is even painted with a brushed steel effect paint on the roof to reflect sunlight and prevent the interior heating up. 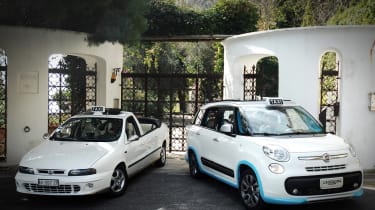 When the weather does turn, a Caterham-like approach is taken to covering up the rear deck - the roof fastens with zips and velcro, but elsewhere as much of the car's own weatherproofing has been retained as possible.

Funky upholstery and plenty of alcantara trimmings jazz up the interior, which is completely customisable to the needs and tastes of the taxi driver. There's even an external shower hose available for washing the car off - something many vehicle-proud cabbies would be happy to have.

Planning a trip to Capri soon? Maybe you'll see one of these taxis - let us know what you think in the comments below... 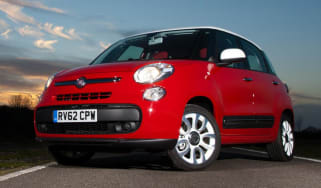