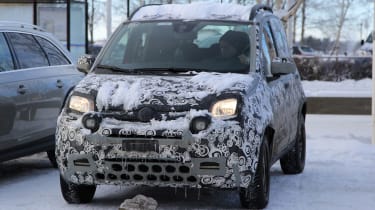 The Fiat Panda has been around since 2012 in its current form, meaning it's high time for a facelifted version to arrive - and our spy photographers have caught the new model out winter testing in Sweden.

This model is a four-wheel drive Fiat Panda Cross, with the distinctive scuff plate on the lower front bumper and prominent fog lights near the grille. The camouflage on this prototype car appears to be doing a very good job of obascuring the changes, as it appears very similar to the current model.

The Fiat badge looks slightly bigger, but we expect to see new lights and perhaps a tweaked bumper design on the finished product. It's also possible that this car is simply testing a new engine variant that would join the existing 1.3-litre diesel, 1.2-litre and 0.9-litre TwinAir petrol engines in the range. Updates will apply across the range, including the venerable 4x4 model. 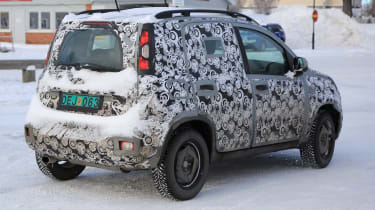 It's the same story at the rear of the new Panda here, as there are no noticable changes over the current Panda Cross. The standard Panda could benefit from a few more changes than the tricked-out Cross variant, too.

No details on the updated Panda have arrived yet, but we expect a handful of extra equipment and tech inside as well, with the possibility of a few interior styling changes. Expect to see the new car out by the end of the year, possibly making its debut at the Frankfurt Motor Show in the Autumn.

Are you a Fiat Panda fan? Let us know why below... 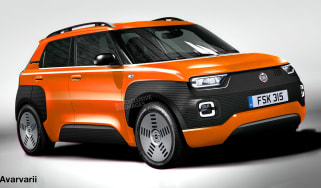 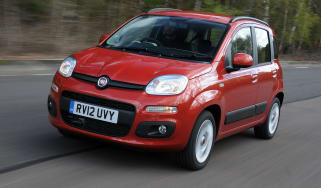