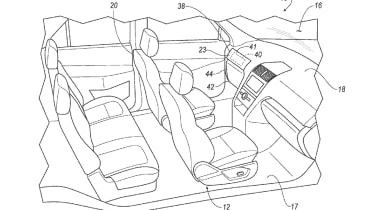 Ford has revealed the next step in its push for fully autonomous cars with a selection of patented sketches which depict a car with no steering wheel or pedals.

The drawings suggest both items would be removable rather than absent entirely, highlighting potential issues with where features like airbags might fit into a car’s design.

Sensors could be installed to tell the car to whether or not the steering wheel and pedals were connected, potentially allowing computers to decide which airbags to deploy in the event of a collision. 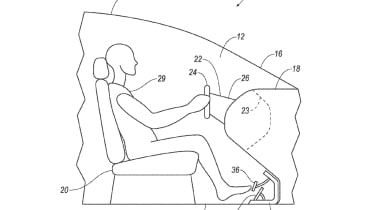 These designs don’t show where the removable parts will be stored when not in use, though it looks as though the pedals would slide in from one side. The drawings show the openings for the connections, which should offer a more minimalist design for the cabin when in its fully autonomous setting.

This would represent a huge design update for Ford, with every car since the original Model T basing its layout around a steering wheel and pedals. While cars will feature conventional controls for some time to come, these drawings are proof that manufacturers are investigating different formats for future models.

Ford’s patent was published earlier this month, though it’s not clear if or when the idea will be realised in concept form. Ford could showcase the new layout on an existing model before trialling it with consumers, although this is unlikely to happen before the end of the decade.

Would you drive a car without a steering wheel or pedals? Let us know in the comments below…