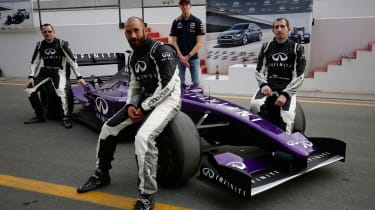 New car dealers are often giving away gifts to potential buyers who test drive their models, but Infiniti has taken it a bit further. 25 lucky punters took part in a driving competition for the ultimate prize: a seat in an F1 car in Abu Dhabi.

Potential buyers from across the UK who test drove an Infiniti at one of the firm's main dealers were entered into a full-day event, held at Rockingham Motor Speedway in Northamptonshire. They were assessed by an expert driving tuition team which included former Toro Rosso F1 driver and 2014 WEC champion Sebastian Buemi. 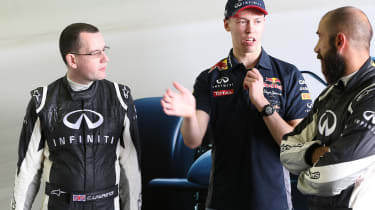 A fast fleet of Infiniti Q50s were used on the day, but competitors weren't timed lap by lap. Instead, the examiners assessed them for overall driving style and their ability to . Buemi claimed they were looking for "the right attitude, someone who is able to learn effectively" and general skills including braking, steering, managing weight transfer and "nailing consistent laps time after time".

The overall day winner was Carl Lawrence, a fleet manager from Surrey who's been "obsessed with Formula 1" since his teens. He described the feeling of winning as "absolutely overwhelming". He joined two other winners from Russia and the Middle East at the Dubai Autodrome. 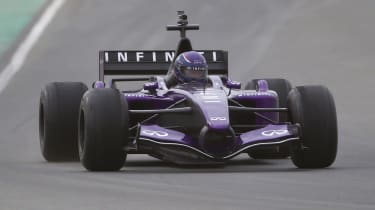 On the day, Carl learned the racing line of the track in an Infiniti Q50 before heading out in a junior single-seater racer with instruction from current F1 driver Danil Kvyat. Once up to speed, he was thrust into a race-spec Formula 1 car for the icing on the cake.

After the experience, Carl said “The immense noise, power and speed of these cars is so intense it is beyond words, how they race for nearly two hours and then step out for interviews immediately afterwards is just unbelievable".

As a final treat, Carl was also taken for an all-expenses-paid weekend at the Abu Dhabi Grand Prix. He continues "My only problem is that when I tell anyone back home what I have been up to this week, nobody will ever believe me".