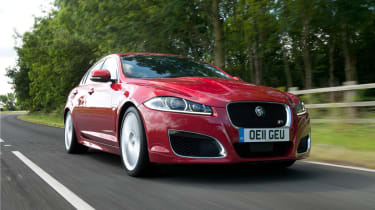 The Jaguar XFR packs a 503bhp 5.0-litre supercharged V8 engine that gives it crushing performance. Thanks to adaptive dampers this extra pace and amazing handling doesn’t come at the expense of comfort. Beware though, traction can be limited in the wet, while bills for tyres, servicing, fuel and tax are all very hefty indeed. And if 503bhp isn't quite enough for you, there's an XFR-S available that's powered by the 542bhp version of the V8 that normally sees service in the XKR-S. The ride remains impressive, but it demands even more concentration from the driver, and costs £79,995.

There’s no doubt about it: the XFR is a riot on the road. That 503bhp 5.0-litre supercharged V8 has enormous perfomance, rocketing the car from 0-60mph in just 4.7 seconds and on to a top speed of 155mph. Overtaking potential is devasting thanks to deep reserves of torque, while the off-beat V8 soundtrack will have you racing to redline as often as you can. The eight-speed auto could be a bit smoother, but with paddle shifters it’s easy to tap into the performance. The handling is sublime, with sharp turn-in and agile dynamics. It feels a much smaller car than it actually is. Traction is limited in the wet though – certainly compared to Audi quattro models. The XFR-S takes all of these sensations up a notch, with steering derived from the F-Type and more aggressive settings for the suspension and rear diff. The more powerful engine is very potent, but has no problem spinning up the rear wheels in the wet or dry.

You’d better have some deep pockets if you want to buy and run an XFR. Jaguar quotes 24.4mpg and CO2 emissions of 268g/km, which means you’ll often be seeing the forecourt of your local garage while road tax will cost a whopping £1,000 in the first year of registration and £460 thereafter. With all that power going through the rear wheels, expect significant tyre wear while servicing at a Jaguar dealer will not come cheaply.

Jaguar designers have gone for a less-is-more approach with the XFR. They have resisted adding big wings and spoilers, seeking to beef-up the flagship sporting saloon with bonnet vents, a subtle bodykit and 19-inch alloy wheels. Later models look the best thanks to redesigned headlights and taillights and a new bumper arrangement. Apart from some sports seats and some XFR badging, it’s business as usual inside. The cabin, like the exterior, is very modern with cool blue lighting and a touchscreen central display. There are lots of neat touches including a circular gear selector that rises up when the ignition is turned on, and air vents that automatically open. The XFR-S does have a more outlandish bodykit, and comes with 20-inch alloys and choice of large or small bootlid spoilers - our choice is the smaller one.

Like the standard XF, jump in the back and if you’re over six-foot tall you’ll notice you don’t have a lot of headroom. That’s down to the sloping coupe-style roofline which robs some space from passengers. However, most people will be fine, even though the wide transmission tunnel means there’s only really space for two in the back. As for the boot it’s deep and, at 500 litres, large enough for several suitcases. You can also fold the rear seats down for longer items, extending this to over 900 litres.

While the XF only achieved a four-star Euro NCAP crash rating, it is very safe, with plenty of airbags, and kit such as automatic cruise control, standard traction and stability control and a pop-up bonnet to protect pedestrians in the event of a collision. Owners reported poor reliability in the 2010 Driver Power survey though – more than likely teething problems with early cars, which should have been solved by now. 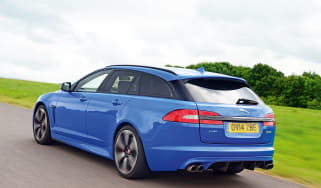 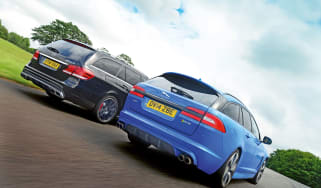 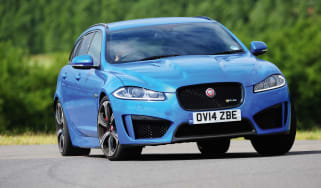 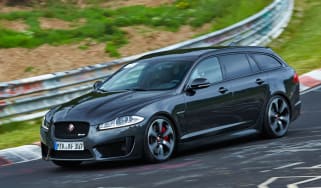 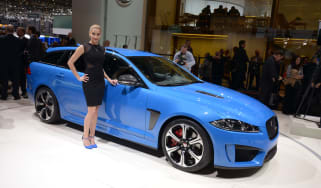 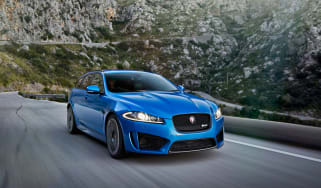 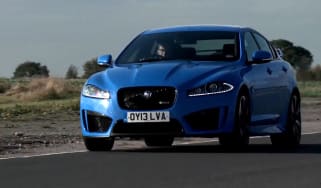 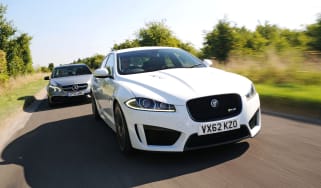 New 542bhp Jaguar XFR-S has the firepower to mix it with the big guns. We test it against the Mercedes E63 AMG S
Visit Jaguar XFR-S review 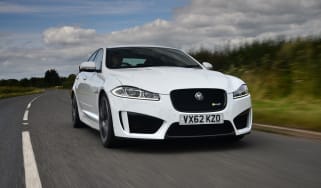 We see if the Jaguar XFR-S, the manufacturer's fastest-ever saloon, is worth £15k more than the XFR
Advertisement
Visit Jaguar XFR Speed Pack 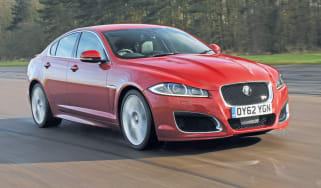 The Jaguar XFR Speed Pack delivers a top speed of 174mph - but is it worth the £68k price tag?
Visit Jaguar XFR-S video 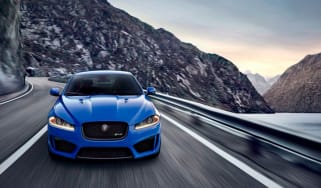 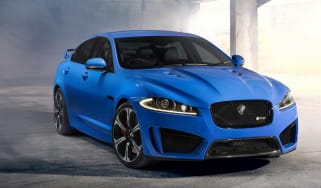 The 542bhp Jaguar XFR-S has debuted at the LA Motor Show, ahead of its arrival in the UK in May
Visit XFR vs M5 & XKR vs GranTurismo S 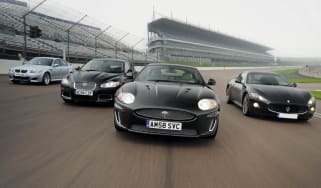 We find out if Jaguar can claim two class crowns as the storming new XFR and XKR take on the BMW M5 and Maserati GranTurismo S at Rockingham...
Visit Jaguar XFR 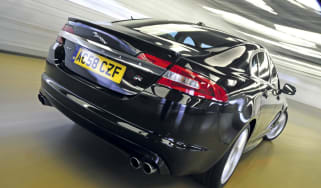 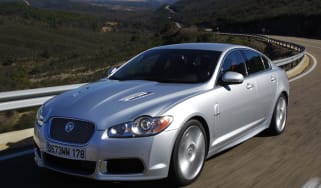 With 503bhp, new XFR is Coventry's fastest ever saloon...
Skip to HeaderSkip to Content