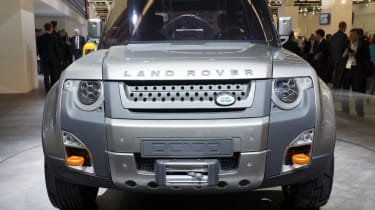 Jaguar Land Rover has today revealed plans to open a brand-new production facility in Slovakia, with the aim of doubling worldwide sales before the end of the decade and eventually hitting the one million cars per year mark.

Auto Express understands that the next-generation aluminium Land Rover Defender is likely to be the first car built there, with future Jaguar Land Rover models pencilled in for the new factory at a later date.

The additional production capacity would allow JLR to build an extra 300,000 cars per year. This will supplement volume coming out of the UK, while also adding to cars produced by Jaguar Land Rover’s Austrian, Brazilian and Chinese facilities. An industry insider told us the new factory in Nitra, west Slovakia, will “propel JLR towards one million cars per year.”

The move marks the next step in Jaguar Land Rover’s strategy to become more competitive globally, and challenge the likes of BMW, Audi and Mercedes in markets around the world. The UK remains at the heart of JLR’s business, with more than £11 billion already pumped into new product creation and capital expenditure over the past five years. 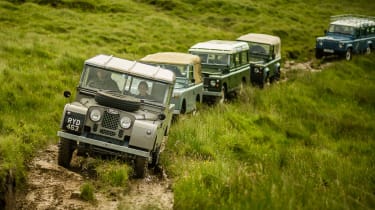 On announcing plans for the Slovakian factory, Dr Ralf Speth, CEO for Jaguar Land Rover, said: “The expansion of our business globally is essential to support its long-term, resilient growth. As well as creating additional capacity, it allows us to invest in the development of more new vehicles and technologies, which supports jobs in the UK.”

Although exact plans for the Slovakian plant are unconfirmed, JLR is currently working with the local government to assess its feasibility. Robert Fico, Prime Minister of Slovakia, said: “We are committed to developing Slovakia’s premium automotive industry and, should we be successful, this investment would represent a significant step forward in achieving this.”

Jaguar Land Rover has 50 ‘product actions’, including new models, facelifts and minor tweaks, planned over the next five years and the Slovakian plant would no doubt help bring these products to market. There will be more information on the eastern European facility in the coming months, before current Defender production ceases in Solihull at the end of the year.

What do you think of Jaguar Land Rover's plans to build one million cars a year and take on the German premium brands globally? Let us know in the comments section below...