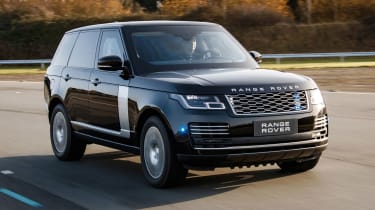 Land Rover Special Vehicles Operations (SVO) has revealed the latest iteration of the Range Rover Sentinel, an armoured vehicle intended to protect its occupants against ‘modern and unconventional forms of attack’, including gunfire and improvised explosive devices. The new car will debut at the Home Office Security and Policing show on March 5-7.

SVO has added over a tonne of armour plating and reinforced glass to achieve the ballistic and blast certification required for cars of this type. To deal with the extra weight, the V6 petrol engine fitted to the previous Sentinel has been replaced by a version of Jaguar Land Rover’s supercharged 5.0-litre V8 with 374bhp and a resultant 10.4-second 0-62mph time. Top speed is limited to 120mph.

Land Rover claims that the Range Rover retains much of its off-road ability despite its extra weight, with its chassis, suspension, brakes and stability control systems all being tweaked to account for the added heft. Land Rover also says that the Sentinel's off-road performance is unparalleled for a car of this type.

The Sentinel features a run-flat system which allows the car to be driven up to 30 miles at speeds of up to 50mph with a damaged tyre. A PA system, sirens and emergency lighting can also be fitted, along with an optional front window system that only allows a drop of 150mm to allow for ‘document delivery’.

What do you think of the bulletproof Range Rover? Let us know your thoughts in the comments... 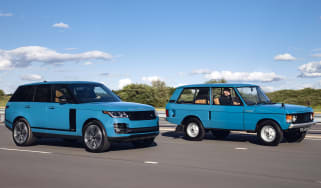