Towns and cities across the UK are replacing 30mph speed limits with 20mph ones, with significant police enforcement 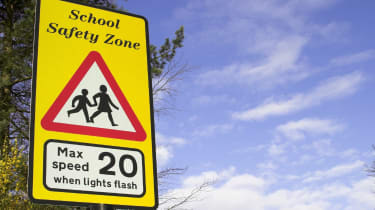 A third of all towns are to implement default 20mph zones, with speed limits in urban areas across the UK being lowered, backed up by strong enforcement action from the police.

Although 30mph has been the default urban speed limit for around 90 years, authorities around the country are increasingly reducing this to 20mph, with thousands of motorists finding themselves receiving fines and penalty points for breaking newly implemented limits.

More than 77,000 drivers have been caught breaking 20mph limits in London since January 2020, according to the Times, compared with a total of just over 50,000 for the whole of 2019. In addition, Avon and Somerset Police issued 25,090 notices for breaching 20mph limits in 2018, whereas there had been no such offences the previous year.

A third of the UK’s population live in urban areas that either already have a 20mph speed limit or will do soon, according to The Times. Some leading Welsh politicians, including the country’s First Minister Mark Drakeford, have called for 20mph to be the default speed limit in all built-up areas.

Superintendent Andy Cox of the Metropolitan Police is in charge of London’s plan to reduce road casualties in the capital to zero by 2041. He says 20mph limits protect pedestrians and cyclists, telling the Times: “Drink-drive is rightly seen as socially unacceptable and I urge everyone to treat speed in the same way.”

Outside of local government and the police, 20mph limits are somewhat controversial. The Royal Society for the Prevention of Accidents claims that a crash at 30mph is five times more likely to cause a fatality than one that occurs at 20mph.

Do you think a 20mph urban speed limit is a good idea? Let us know in the comments below...