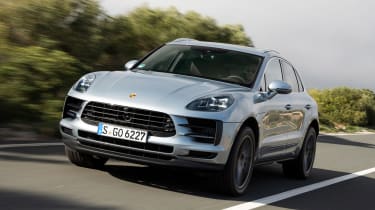 Porsche has launched a new version of the Macan S. It's available to order now, with prices starting at £48,750.

Powered by a newly-developed turbocharged 3.0-litre V6 engine, the Macan S produces 349bhp and 480Nm of torque - 14bhp and 20Nm more than the model it replaces. When equipped with the optional Sport Chrono package, the new Macan S will accelerate from 0-62mph in 5.1 seconds, and will top out at 156mph.

Porsche says that the extra performance is thanks to a revised turbocharger layout. The German manufacturer has chosen to mount a twin-scroll turbo between the cylinder banks of the Macan’s V6 engine. As a result, the exhaust gases have less distance to travel, which Porsche says increases responsiveness and power. 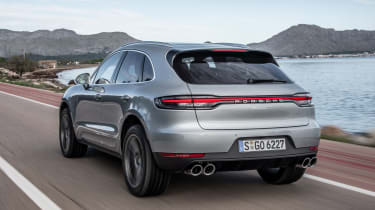 As standard, the Macan S comes with a LED headlights, a 10.9-inch infotainment system and a WiFi hotspot.

Optional extras include a sports steering wheel (borrowed from the 911), traffic jam assist, a heated front windscreen and an ioniser and particulate filter which will supposedly improve the quality of the air inside the cabin.

What are your thoughts on the new Porsche Macan S? Let us know in the comments section below…