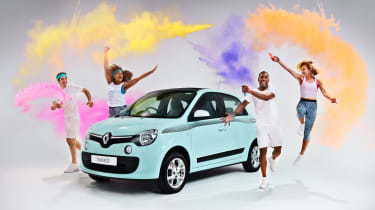 A colourful new special edition of the Renault Twingo has been launched to mark the start of this year's The Color Run across the UK.

The new edition of Renault's city car will be displayed at each of this year's five UK venues of the 5km running experience, kicking off in London at Wembley Park on 12 June.

The new commemorative edition promises a huge range of personalisation options for customers, with Renault's full colour palette to choose from, including the new Ultraviolet metallic shade. Renault are even offering special decals if you really want it to make the new Twingo stand out. 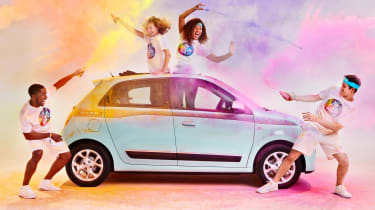 The starting price of £10,495 for The Color Run edition is an £800 saving compared to a Twingo Play with the same extras.

Thousands of runners are expected to take part in each of the Renault sponsored The Color Run events across the UK this summer, starting in London, and continuing in Manchester, Glasgow, Birmingham, and ending in Brighton on 17 September.

What do you think of the Renault Twingo The Color Run special edition? Let us know below...