Rolls-Royce Wraith 'Inspired By Music' edition to sound out buyers 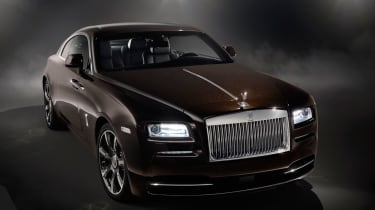 Rolls-Royce has released a musically inspired version of the Wraith coupe appropriately known as the Rolls-Royce Wraith 'Inspired by Music'. The manufacturer says this special Wraith has been designed to mark its "long-standing love affair" with the contemporary music scene, and the car comes with a specially designed interior as well as the epic Bespoke Audio sound system.

The Wraith has always been offered with Rolls-Royce Bespoke Audio, a stereo that the manufacturer describes as "the most exhaustively designed sound system in automotive history", but this Inspired by Music edition brings that sound system more to the fore.

Rolls-Royce is offering the Wraith Inspired by Music in a special Lyrical Copper paint colour, the manufacturer claiming that the copper included throughout the exterior and interior represents the material's use in the best audio systems in the world. 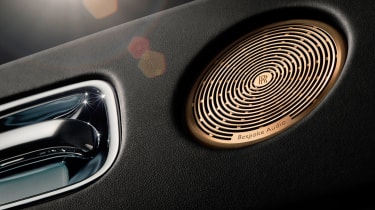 The copper theme extends to the dashboard, door inserts, redesigned speaker grilles and other details dotted around the Wraith's cabin. The interior has gone through a two-year development process with Rolls-Royce and its engineers working closely with out-of-house audio engineers to achieve the desired effect.

Specification-wise, the sound system will be 1,300 Watts with 18 channels. It will feature two bass speakers, seven tweeters, seven mid-range sound speakers and two additional speakers fitted in the car's headlining. Plus, the volume can be automatically adjusted to cancel out distracting sounds inside the cabin. 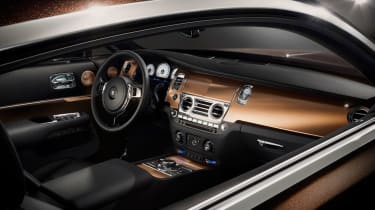 The Wraith Inspired by Music edition is the third in a trilogy of Bespoke Collection models introduced by Rolls-Royce. We've already seen Wraith Inspired by Film and Inspired by Fashion collections launched in a bid to emphasise the vast potential for customisation available with the brand's products. The bold designs and material choices could be seen as reflecting the less conservative tastes of buyers in markets outside Europe that have become increasingly important to Rolls-Royce in recent years.

Lets us know know what you think of the Rolls-Royce Wraith 'Inspired by Music' in the comments section below... 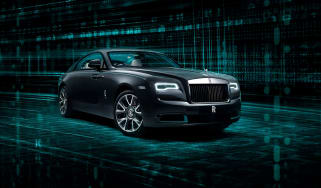