SEAT has revealed prices and UK specifications for the facelifted Ateca SUV, which is available to order now priced from £23,670. 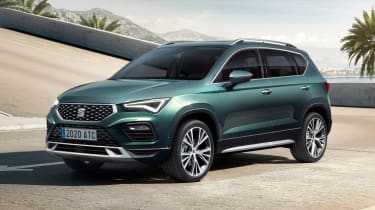 Cosmetic revisions over the previous Ateca model include a revised radiator grille, new LED headlamps and a pair of redesigned fog lamps. Design tweaks for the front air intakes, skid plate and bumper also feature. SEAT has added the same creases into the Ateca’s bonnet as are found on the new Leon hatchback and the larger Tarraco SUV, establishing a further visual connection between its new family-sized models.

At the rear, there’s a new bumper, spoiler and undertray, as well a fresh pair of LED tail lights. The lighting units share a similar design to the Tarraco’s and feature scrolling indicators on the FR and Xperience trim-levels. Finally, the Ateca’s block-capital badge design has been swapped for the same hand-written script found on the rear of the new Leon.

Inside, the facelifted Ateca gets a new leather steering wheel, updated door cards and a choice of new upholstery designs in fabric, microsuede or leather. FR Sport models and above get a 10.25-inch digital instrument binnacle as standard. 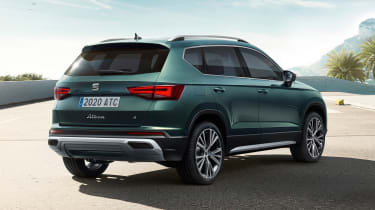 Xperience and Xperience Lux models open at £27,750 and £30,620 respectively. The regular Xperience model features more convenience and assistance features such as blind spot assist, adaptive cruise control and a reversing camera, alongside microsuede upholstery and additional design tweaks such as 18-inch alloy wheels and tinted windows, but it goes without digital instrumentation. Xperience Lux adds this back in, while including heated and electrically adjustable leather seats, a power tailgate, a heated windscreen, a top-down view camera system and more. 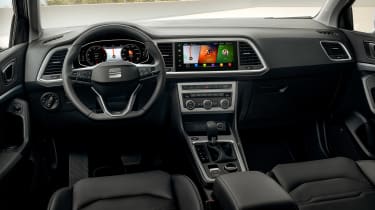 Ateca buyers have a choice of four petrol and two diesel engines. The petrol range opens with a turbocharged 1.0-litre three-cylinder unit, available in either 108bhp or 113bhp outputs. The former engine is a slightly more efficient version of the latter, featuring a range of fueling and management revisions which SEAT says can improve economy by up to 10 per cent.

Above that sits a turbocharged 1.5-litre four-cylinder petrol engine, with 148bhp and 250Nm of torque. It’s mated to a six-speed manual gearbox as standard, although a seven-speed dual-clutch automatic is available as an optional extra.

The Ateca’s pair of diesel engines are both based on the same turbocharged 2.0-litre four-cylinder unit – and are offered in either 113bhp or 148bhp outputs. The less powerful model is only available with front-wheel drive and a manual gearbox, but the more powerful engine can be specced with either a manual or automatic transmission and four-wheel drive.

Finally, SEAT has improved the Ateca’s safety equipment count, adding front assist, side assist, exit assist and a pre-crash assist system, which pretensions the car’s seat belts, raises the car’s windows and closes the sunroof, should it recognise an imminent accident.

Now read about the latest version of the SEAT Leon family hatchback... 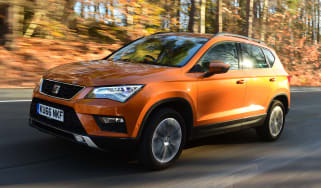 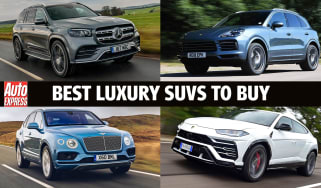 We list the best big, posh SUVs currently on the UK market. Which one comes out on top?
Best crossover cars and small SUVs 2020/2021