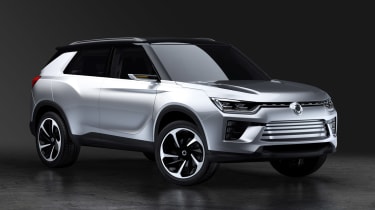 Alongside the production-ready Tivoli XLV, SsangYong has showcased its SIV-2 concept for the first time at the 2016 Geneva Motor Show. The prototype SUV debuts a new turbo petrol and electric powertrain.

Dubbed ‘Smart Interface Vehicle’, the development concept is said to “provide a glimpse into the future” for Korean brand. It takes a step on from the current Tivoli in terms of exterior design, with a sleeker shape and more prominent body lines. Inside it’s even more dramatic, with four Alcantara and suede lounge-style seats and a woodgrain floor to “give a sense of the elegance experienced from being on-board a luxury yacht”. 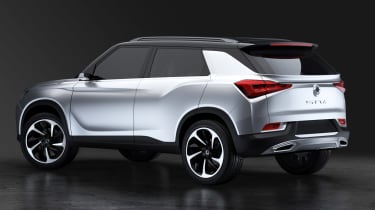 New infotainment tech debuts in the form of a dramatic central screen and instrument binnacle stretched across the top of the dash, and a further touchscreen below. Speakers mounted in the seats are said to give true surround-sound, while light graphics that respond to music are fitted in the door panels.

More future-proofing is found under the skin, where the SIV-2 demonstrates an all-new mild hybrid powertrain. It’s a 1.5-litre direct-injection turbo petrol engine mated to a 10kW electric motor-generator and a 500Wh lithium-ion battery. It’s a 48v mild hybrid system rather than a full plug-in, designed to offer improved efficiency and silent running at very low speeds, but at a lower cost than full hybrids. 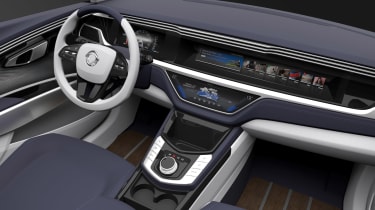 The concept is said to debut a “lightweight body” and “a low centre of gravity”, but more importantly a modular chassis that allows the installation of different hybrid, full-EV or plug-in options for future models. We’ll bring you more on the SIV-2’s new powertrains when we get it.

Get all the latest news from the 2016 Geneva Motor Show...

Welcome to our Geneva Motor Show hub page, scroll down for all our Geneva content...
SsangYong developing EV-specific platform for 2024 launch 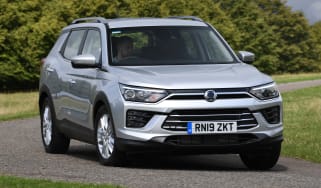