Ten years ago, Subaru produced one of the first performance SUVs around with the Forester STi, and now a new version is almost here. The Japanese firm has released some unrevealing teaser shots of the scorching off-roader, which will be shown in public on November 25th.

Subaru pioneered the now common hot-SUV formula by squeezing the 2.5-litre turbocharged boxer engine from the Impreza STi into its humble Forester. Although it was never officially sold here, enough people liked its blend of ruggedness and speed that quite a few were imported here.

We expect the new version still won't be sold here through Subaru's dealers, although if you know what you're doing it shouldn't be too difficult to import one. With cars such as the Porsche Macan dominating the premium end of the market, the STi Forester could do well as a cut-price alternative, although no pricing details are yet released. 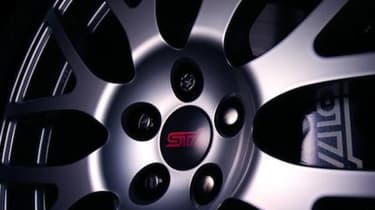 We expect the hot Forester to be fitted with a similar powerplant to the turbocharged flat-four engine in the Impreza STi, producing well in excess of 250bhp. This being Subaru, there's no doubt it will have a very capable four-wheel drive system too, and hopefully a six-speed manual gearbox. A top speed of at least 150mph can be expected.

We would be surprised to see this sold officially at any point here, and Subaru UK were unable to comment. But if the price is right, we can expect to see a few shipped over by die-hard enthusiasts.

Would you like to see the Subaru Forester STi in the UK? Let us know in the comments section below. 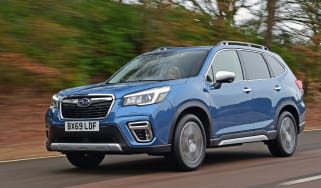