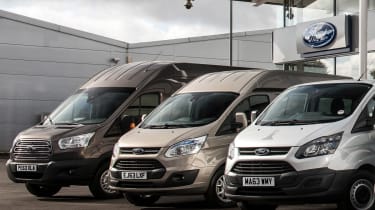 The number of vans on British roads have hit an all time high of four million, according to  latest figures from the Society of Motor Manufacturers and Traders (SMMT).

With so many vans on the roads, around 45 billion miles are covered across the UK each year and if parked end-to-end the vehicles would stretch 28 times the length of the A1 with loads of a volume totaling more than 10,000 Olympic swimming pools on board. Almost 3,000 tonnes of goods are moved by road every minute – three times more than by water and rail combined.

The uptake of vans is good for the environment, too, with all vans registered from September this year having to meet Euro 6 emissions standards. Mike Hawes, SMMT chief executive, said: “Commercial vehicles have never been more important to the British economy, transporting vital goods and services using the latest low emission technology.”

DAB in vans on the rise

Figures also show the number of new vans sold in the UK fitted with DAB digital radio as standard in the past 12 months has increased by 130 per cent compared with the previous year.

Industry analysts CAP and the SMMT revealed in the past 12 months, just under 120,000 new vans were registered with DAB digital radio as standard, compared with 52,000 over the previous 12 months.

Get all the latest van news and reviews with our van channel... 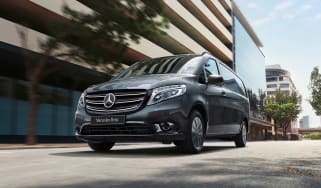