Vauxhall OnStar services to be switched off in 2020

OnStar concierge and wi-fi service to be cancelled on 31 December 2020; no new models to feature OnStar from January 2019 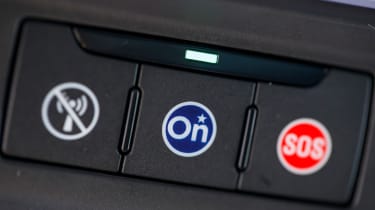 Vauxhall’s OnStar connectivity service, which provides on-board wi-fi, as well as concierge services such as vehicle diagnostics and hotel booking, will be switched off on 31 December 2020. In preparation for this, no new Vauxhall models will be fitted with OnStar from January 2019.

The move comes as details of Vauxhall’s takeover by Groupe PSA (owner of Peugeot and Citroen) are ironed out. A statement released by Vauxhall notes that OnStar is owned by General Motors, the American car giant selling Vauxhall to PSA.

A Vauxhall Spokesman explained: “OnStar will continue to deliver the current set of services through to 31st December 2020 but OnStar will not be fitted to any new vehicle from January 2019.

OnStar’s emergency call SOS functionality will also cease to operate from 31 December 2020, as the company says that “OnStar Emergency Assistance services are not eCall services for the purposes of the eCall Regulations.”

Vauxhall and PSA will have to find a workaround for this, however, European laws mandate all new cars sold since March 2018 must be fitted with eCall, which contacts the emergency services in the event of a serious incident. A solution will likely come from the French car giant though, as Vauxhall says future models will “integrate Groupe PSA technology” as the takeover moves forward.

OnStar was launched in the UK to much fanfare in 2015. The system has been offered in America for almost 20 years, though, and has roughly seven million subscribers. OnStar is currently is offered across Vauxhall’s entire UK range, from the diminutive Viva to the large Insignia Grand Sport family hatchback.

Vauxhall pledged that it “remains fully committed to its well-established role as a leader in connectivity services”, adding that it will share “further details on future connectivity solutions at the appropriate time.”