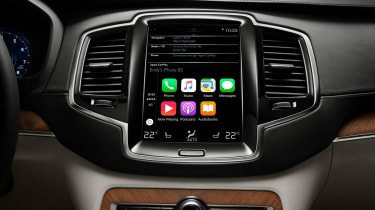 Volvo has released a software update for its new XC90 that adds Apple Carplay to the media system. It allows third-party apps and Volvo's 'On Call' remote functions to be installed for the first time.

The update to the XC90's 'Sensus Connect' system can be installed to any new models for £300 (£250 for the T8 hybrid), and existing owners are able to take their car into a dealer for installation. 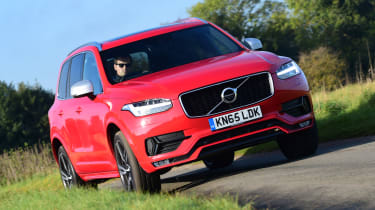 Apple CarPlay allows users to fully connect their iPhone and mirror the phone screen's interface on the SUV's portrait dashboard. It also allows the use of Apple Music, plus apps such as Spotify, BeatsMusic and Stitcher.

At the same time, the update brings improved functionality and map updates for the XC90s sat-nav system at no extra charge. The Voice control has also been upgraded to improve responses.

Now check out our reviews of the top in-car infotainment systems on sale...