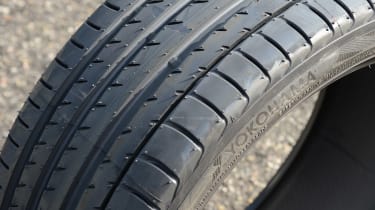 The pace of tyre development is rapid in the modern era, so it’s no surprise to see the two oldest designs at the bottom of the results. Yokohama’s Advan Sport V105 showed its age most for fuel economy. Rolling resistance was never its forte, but it’s around four per cent thirstier than the best.

Elsewhere, however, the Yokohama wasn’t too far off the pace, even if there were several designs ahead of it. Its worst result was in wet braking, but even there it was within 10 per cent of our winner. 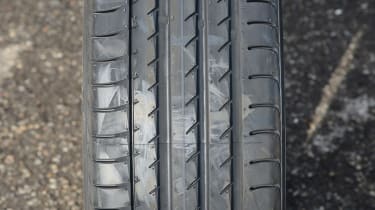 Behind the wheel, it lacked the liveliness of some rivals and required plenty of lock in the wet. It felt better on the dry track, though. Plus, it was one of the quietest tyres on test, leading the pack behind the remarkable new Pirelli for noise.