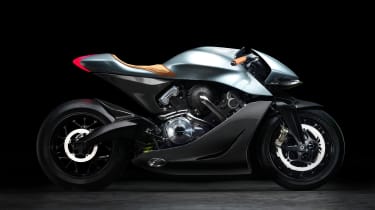 Aston Martin has teamed up with the iconic British motorcycle manufacturer Brough Superior to produce a limited edition, track only sports bike. Production will be limited to just 100 examples, with each commanding a price of €108,000 (around £93,000). First deliveries are due by the end of next year.

The AMB 001’s styling is more contemporary than Brough Superior’s current Pendine Sand Racer and Super Sports 100 models – both of which employ a naked design. The bodywork is finished in Aston Martin’s traditional racing colours of Stirling Green and matte black – and the pair claim that its S-Curve-styled aerodynamic wings attached to the front cowl provide functional downforce.

Its hand-stitched saddle and handlebar grips are trimmed in Oxford Tan leather, while the front fairing houses a digital instrument binnacle with read-outs for speed, engine revs and the gear selection. The bike also features the same ultra-light Aston Martin badges found on the Valkyrie, which are hewn from nine-micron-thick stainless steel. 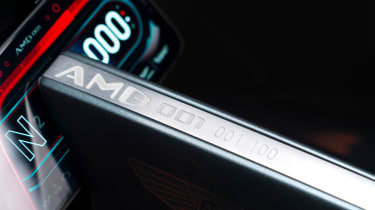 It’s powered by 997cc turbocharged, double-overhead cam V-twin engine, which develops 178bhp. The engine is mated to a six-speed sequential transmission and, thanks to the AMB 001’s extensive use of lightweight materials, the bike has a dry weight of 180kg – which gives it a power-to-weight ratio in excess of 900bhp per tonne.

The AMB 001 marks the first time Aston Martin’s badge has appeared on a motorcycle and the first time a Brough Superior product has been fitted with a turbocharged V-Twin engine.

Brough Superior was established in Nottingham in 1919, by George Brough. Throughout the early 20th Century, the brand produced the world’s fastest and most expensive performance motorcycles – such as the 1924 SS100, which was comfortably capable of reaching 100mph and cost the equivalent of £10,000 in today’s money.

What do you make of Aston Martin and Brough Superior’s new motorcycle? Let us know in the comments section below… 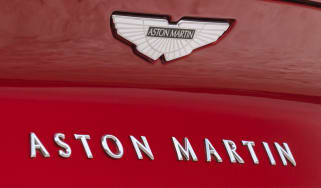 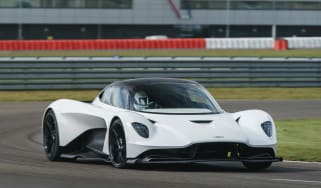 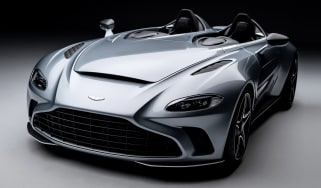 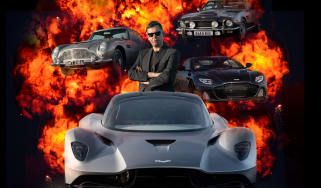