A stunning replacement for the iconic but long-serving Aston Martin DB9 has finally been revealed. It's called the Aston Martin DB11, and it's available to order now priced from £154,900.

As our picture gallery shows, the new DB11 was unveiled at the 2016 Geneva Motor Show, after months of speculation and spy shots. Auto Express was given the lowdown on the car at the brand’s headquarters in Gaydon, Warks, shortly before th car's public debut.

The DB11 is Aston’s most significant model since the outgoing DB9 debuted in 2003. It’s the most powerful, most efficient and “most dynamically gifted” DB model in the company’s history, and will arrive in showrooms this year. 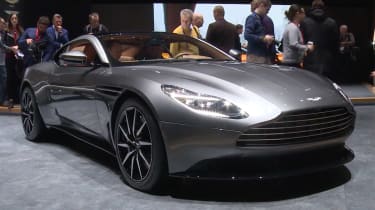 From the front it’s instantly recognisable, but shows the brand is moving in a new design direction after a decade of similarly styled models. This differentiation was so important during the design process that product development director Ian Minards told us: “Even [CEO] Andy Palmer’s mum had to be able to distinguish between each car.”

The bold grille stretches across the nose, with brand new LED headlights setting the tone for future models. A clamshell bonnet removes any unwanted shutlines, giving the front end a clean and classy finish. 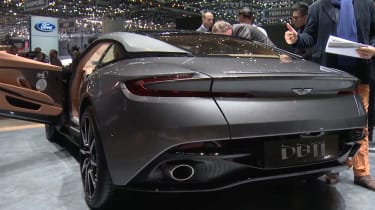 At the rear, the sculpted tail-lights sit neatly in the bodywork, with a diffuser and dual exhausts completing the upmarket look. Aston refused to put badges on the outside of the car, bar a pair of small V12 signatures on the front wings.

The low, sleek shape isn’t all show and no go, though. Clever aero technology ensures this Aston slips through the air like nothing before it. Front-end lift is reduced by the gill-like ‘Curlicue’ on the wing, releasing high-pressure air from the wheelarch and directing it down the side of the car.

It’s caught and pushed past the B-pillar through what Aston calls an ‘Aeroblade’ in the bodywork, sending it under the bootlid and out the back, and removing the need for a rear wing. 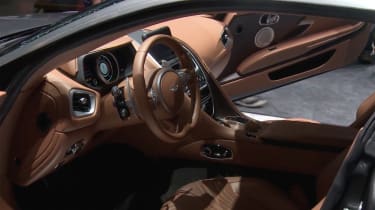 But just as important as all this fancy aero is what lurks beneath the bonnet. While purists will mourn the demise of Aston’s naturally aspirated V12, the twin-turbo version is expected to offer the same thrills but with added flexibility and a sizeable boost in fuel economy.

• Aston Martin DB series: a history from DB1 to DB11

It boasts 600bhp and 700Nm of torque, making this the most powerful DB ever – the DB11 can do 0-62mph in 3.9 seconds and reach 200mph. Cylinder deactivation will reduce CO2 emissions as well.

The engine is paired with an eight-speed ZF automatic gearbox, with GT, Sport and Sport+ driving modes allowing owners to transform their car’s personality at the flick of a switch. The DB11 gets a new electric power-steering rack and dynamic torque vectoring, which Minards says offers “exemplary ride comfort and true sports car agility”. Inside, there’s an eight-inch screen, controlled via a Mercedes-sourced scroll wheel and optional touchpad. The interface is also taken from Daimler, but everything you see has been given an Aston makeover, so while it looks familiar, it’s different enough to feel special. 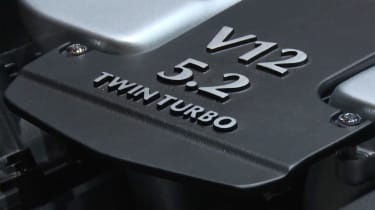 Other technology includes a Bang and Olufsen stereo, 360-degree camera and auto-park assist. Passenger space is vastly improved, with the front wheels pushed forward by 65mm, ensuring more room in the front and rear of the cabin, and there are even Isofix child-seat mounts in the back.

Minards told us not a single part of the DB11 has been carried over from the DB9, and that “the only thing it has in common with that car is the production process”. The bodyshell is the stiffest ever built by the manufacturer, and is around 20kg lighter than its predecessor’s.

Personalisation is key, too, with bosses calling this the most customisable model Aston has ever made. Potential owners can change everything from the interior to the colour of the exterior roof panels. While full details aren’t yet available, a spokesman told us: “Our customers had to make 72 decisions when buying a Vanquish. The DB11 will have more.”

The car is available to buy now; order one today, and you’ll be driving it in the autumn.

What do you think of the new Aston Martin DB11? Let us know in the comments section below...