The next generation BMW 6 Series will be a sports car designed to take on the Porsche 911. Our exclusive images show how it could look 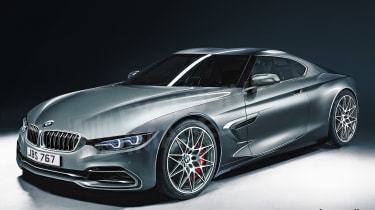 BMW is preparing a sports car rival for the Porsche 911 – as well the separate return of the 8 Series badge. Auto Express can exclusively reveal the plans for BMW's large sports car range and our images set the scene for how the car could look.

The German brand is hatching a radical plan to realign its 6 Series model as a smaller, more agile sports car - allowing space at the top of the range for the return of the 8 Series.

• The BMW 8 Series is back! New GT range to include M8 supercar

BMW has not contemplated a Porsche 911 rival before but the new Mercedes-AMG GT’s arrival as a competitor to the 911 has changed that. BMW has earmarked the 6 Series as the car to fill the that gap in its range. 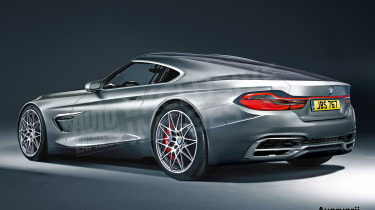 A smaller 6 Series could feasibly be based on the shared sports car platform that BMW has been working on with Toyota. Up to now, it has been believed that the two firms would spin off different-sized vehicles from the chassis, with BMW placing it beneath the next generation of Z4 and Toyota using a larger version for the return of its Supra coupe.

However, senior BMW and Toyota sources have already confirmed that the new platform is scalable - and with the Z4 accounting for a tiny number of sales annually, there would be obvious benefits in economies of scale if BMW were to find a further use for the new set of chassis components. It would probably result in a slightly larger vehicle than the Z4 - rising from 4.3 metres in length to around 4.5m, or about the same as the Mercedes-AMG GT and Porsche 911. This would, in turn, provide the small increase in under-bonnet capacity required to cope with V8 engines, as well as BMW’s proven six-cylinder units. 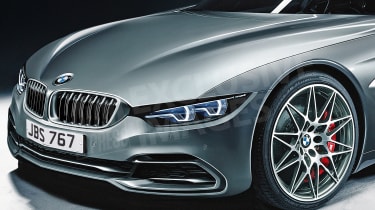 Auto Express understands that the current proposal is for the 6 Series to become a sports car and convertible only, with no Gran Coupe in the future. This model would live on as an 8 Series Gran Coupe – offered alongside the two-door coupe and a convertible.

Should Porsche be worried by BMW’s plan for a 911-fighting 6 Series? Let us know in the comments below…