BMW’s Z4 front-engined, rear-drive sports car is an old-school delight, but it’s a less engaging driver’s car than a Boxster

The BMW Z4 has been a great success for the company over three generations, and while the previous model felt a bit more like a boulevard cruiser with its folding hard-top, the latest version has reverted to a traditional canvas soft-top. It’s a format that suits the Z4 which is quite old-school in its execution, featuring a big engine up front under that long bonnet, rear-wheel drive and a two-seat only cockpit. It works here as well as it ever has, with plenty of power and impressive road manners to back up its sporty style.

That said it’s still quite a heavy machine, and it’s not as light on its feet as a Porsche 718 Boxster or Alpine A110. We'd go for one of the two four-cylinder models, as they feel more agile and fun to drive. All versions can put a smile on your face, but some buyers will miss the option of a manual gearbox and better steering feel. Build quality and specification are hard to fault, and as sports cars go, it’s relatively practical too.

The BMW Z4 is a two-seater convertible sports car with a traditional fabric folding roof, a range of powerful engines up front, and a reasonably sized boot at the rear. There’s no coupe version, although if you desperately want a fixed roof there are plenty of alternatives – including BMW's very own 2 Series. Of course, you can buy a removable hard-top for the Z4 at extra cost.

There are three trim levels: Z4 Sport, Z4 M Sport and Z4 M40i. The first two are available with a choice of turbocharged four-cylinder engines as the Z4 sDrive20i and Z4 sDrive30i, making 194bhp and 254bhp respectively. The Z4 M40i is the sportiest version, and has a 3.0-litre 335bhp six-cylinder engine that’s good for a 0-62mph time of just over 4.5 seconds. All three engines are available with an eight-speed ZF automatic gearbox, though a manual is due soon. All powertrains are rear-wheel-drive only.

The range-topping M40i adds even more kit, with 19-inch alloys, adaptive suspension and an M Sport differential, as well as bodystyling and interior upgrades including electric seat adjustment.

The Z4 takes on quite a few interesting rivals, although not all of them are roadsters. At the more driver-focused end there’s the Porsche 718 Boxster S/Cayman S and Alpine A110, while it’s most obvious direct competitors are the Audi TT Roadster and Mercedes SLC (formerly SLK). The latter is getting rather old, and so is another potential contender in the shape of the Nissan 370Z. Finally, there’s the Toyota Supra, which actually shares its running gear with the Z4, but is only sold as a coupe.

There have been ‘Z Car’ roadsters in the BMW line-up since the late 1980s when the Z1 arrived with its strangely configured retracting doors. That was followed by the Z3 from 1995 to 2002, while the first model badged Z4 arrived in 2002. 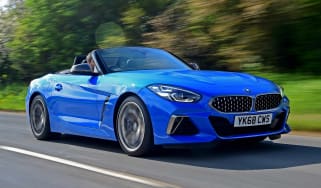 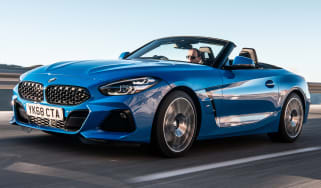 The BMW Z4 sDrive20i is the entry point into the new Z4 range, but does its cheaper price tag mean losing out on any of the fun?
Prices and specifications released for new 2019 BMW Z4 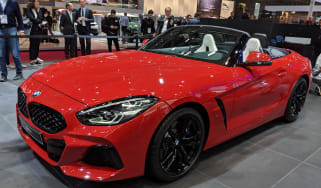 Prices for the 2019 BMW Z4 roadster start at £36,990 and is available to buy from BMW dealerships now
Advertisement
New BMW Z4 2019 review 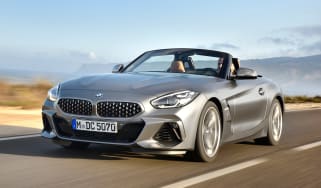 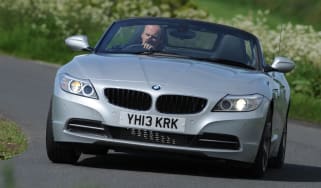 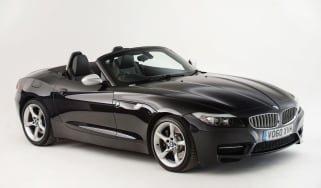 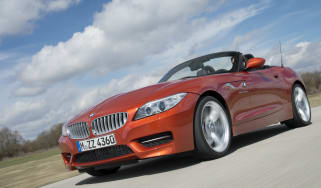 We drive the facelifted BMW Z4 in its most potent guise. Can it still compete with the class-best?
BMW and Toyota team up for new sports car 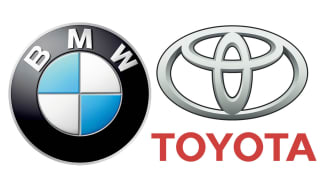 BMW and Toyota team up for new sports car 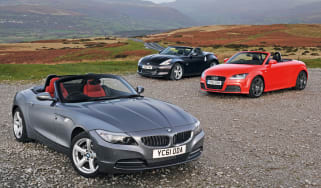 Is the new turbo BMW Z4 the best choice for top-down fun? We test it against its rivals from Audi and Nissan
Advertisement
BMW Z4 20i 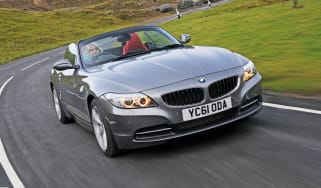 The Z4 roadster is now available with an entry-level four-cylinder engine. We drive it…
BMW Z4 sDrive28i 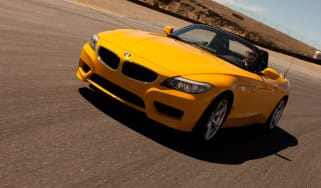 Roadster gets efficient new four-cylinder turbo, but is it as much fun as other models?
Advertisement
BMW Z4 M Coupe review (2006-2008) 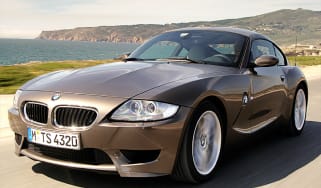 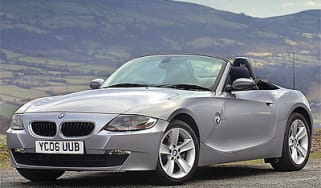 BMW facelited the Z4 for 2006, but fans of the two-seat roadster should not worry.
BMW Z4 coupe 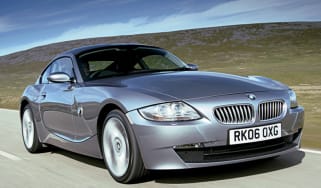 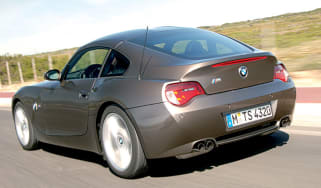 It didn't seem so long ago that car manufacturers were telling everyone the small coupé was dead. Ford pulled the plug on the Puma and Cougar, while V…
Advertisement
BMW Z4 Roadster 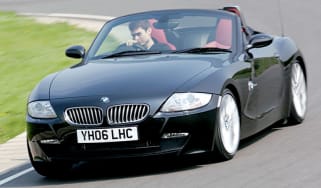 It's the cheaper alternative to the M Roadster, but does the new BMW Z4 feel like second best?
BMW Z4 Roadster 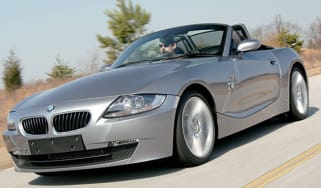 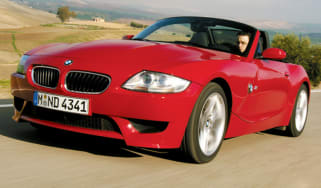 It's been a long time coming, but BMW has finally let its famed M Division loose on the Z4, and the results are spectacular. Not only does the car loo…
BMW Z4 Coupe 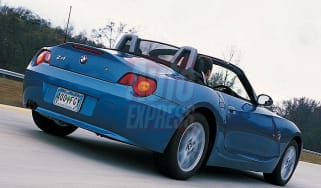 If there's one thing BMW knows about, it's driver's cars. Say what you like about the styling, or even the image, but from the entry-level 3-Series al…
Skip to HeaderSkip to Content