Super diesel tech to cut emissions by 60 per cent 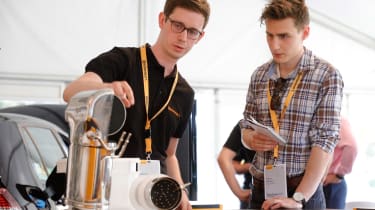 New Super Clean Electrified Diesel technology capable of reducing real-world emissions by 60 per cent will be key to ensuring that “diesel has a future”, and Auto Express has been given an exclusive preview of how it will work.

Engineers at tech and tyre company Continental have developed an electrified after-treatment system capable of reducing NOx emissions by nearly two thirds under real-world driving. The company says that it’s already in discussions with manufacturers over the technology.

Key to the new set-up is an electrically heated catalytic converter that uses a 48V electrical system. Johannes Drechsel, development engineer at Continental, explained to Auto Express how the tech works. “Instead of a normal catalytic converter that relies on the engine to bring it up to temperature, our catalyst relies on electricity from the 48V system to heat up,” he said. 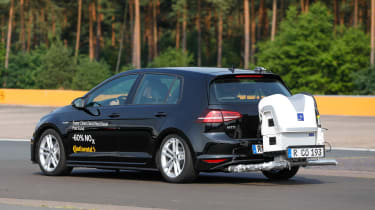 “Because it uses electricity rather than the engine, the catalyst heats up much quicker, which allows for high-efficiency NOx reductions.”

Drechsel pointed out that some current electronically heated catalysts rely on 12V set-ups, but the bigger 48V system is able to heat up the catalyst much more quickly. The company also tweaked other parts of the after-treatment system, such as injecting the AdBlue urea solution into the exhaust stream immediately without requiring a separate mixer. 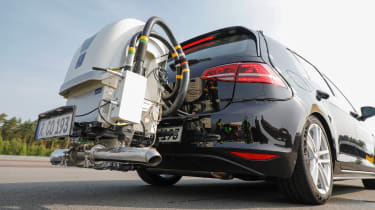 Continental converted an existing Volkswagen Golf to run on a 48V system instead of a regular 12V set-up, and under the forthcoming real driving emissions (RDE) cycle, it saw a 60 per cent reduction in NOx levels over the standard model, as well as a three per cent fall in CO2 emissions and a four per cent improvement in fuel economy.

Drechsel told us: “Diesel cars will continue to play a role, but they have to be clean in the future. This kind of technology will help to ensure diesel has a future.” Auto Express was able to try the modified Golf at Continental’s test track in Germany. A Portable Emissions Measurement System (PEMS) was fitted to the back of the car and during our test drive – where we accelerated up to motorway speeds – we recorded NOx emissions of 69mg/km. That’s well below the current Euro 6 limit of 80mg/km.

Do you think diesel has future in the UK? Let us know in comments section below...