Learners should get night-driving lessons to reduce accidents, research finds 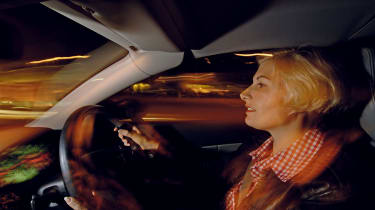 New drivers should get night-driving lessons to help them stay safe on the roads, according to a fresh study into accidents involving motorists who have recently passed theirs tests.

Researchers analysed collisions involving new drivers and, while they found novices were quick to learn how to avoid “single vehicle” collisions, “lifestyle” factors such as driving at night and on weekends posed additional risks, which could be mitigated by extra training.

The report’s authors also found that new drivers’ accident rates fall in line with experience rather than age, with 17-year-olds experiencing a 36 per cent average reduction in their chances of having a collision due to time spent on the road, compared to a six per cent reduction due to age and experience. This suggests those taking their tests later in life experience similar levels of risk to a 17-year-old driver.

Some differences remain separated by a driver’s age, however, as younger drivers are quicker to learn to avoid single-vehicle crashes and night-time collisions compared to the overall rate of learning.

Researchers also found motorway driving presents a unique set of circumstances, as accident rates initially increase, before “demonstrating a delayed learning curve”. The study also says new drivers are slower to learn how to use slip roads than they are at acquiring other driving skills – a shortfall that may be at least partly addressed by last year’s announcement that learners would be allowed on motorways for the first time.

Commenting on the research, Sarah Sillars from IAM RoadSmart, said: “Analysing the results, it is vital that government, road safety bodies and the driver instruction industry work together to generate new strategies to target those skills that are not being learned at the fastest rate.

“It also shows that in the formative years of driving, there is clearly a need for post-test training to continue, to build experience that can reduce the number of needless tragedies on our roads.”

Should learner drivers be taught how to drive at night in order to reduce accidents? Let us know what you think below...