With the prospect of political progress in North Korea, Mike Rutherford believes the region can become a car-making giant 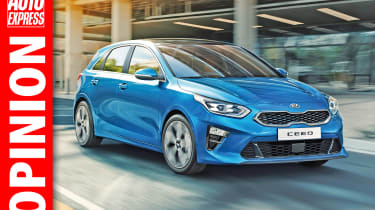 Before the Berlin Wall fell in 1989, Eastern Bloc countries churned out cars that were largely lousy. Skodas were the best of the bunch, but still crude. Factory-fresh Dacias drove/broke down like high-mile motors on the way out. Yugos were upholstered skateboards... only slower. Trabants were more kennels on wheels than cars. And FSOs (thrown together at THE worst factory I’ve ever visited) felt, smelled and handled like Third World tractors.

Now, post-Berlin Wall, this Near East region (including the eastern half of Germany) builds volume or premium cars as well as anywhere else on the planet. Meanwhile, a few thousand miles further across the globe in the Far East, North Korea is – fingers crossed – denuclearising and preparing to tear down the countless miles of barbed wire walls separating it from the outside world.

• Opinion: “It doesn’t really matter where your car is built”

In doing so it’ll set itself up as the next big thing in high-volume vehicle production. It already boasts brands and factories such as Pyeonghwa Motors, Sungri, Pyongchang, Kim Jong-Un Locomotive (my favourite) plus the March 30th Works. All expect to be the future Skodas and Dacias.

More immediately, South Korean car firms including Hyundai, Kia, SsangYong, and the dark horses that are Samsung and LG are running out of real estate, workers and resources in their busy, expensive half of the peninsula. That’s why they’re itching to head north to use the land and large, well-educated, capable, hungry, relatively cheap workforce that’s soon likely to be made available. There’s even talk that Asia Motors – a cross between Jeep of America and Britain’s Land Rover – might be reborn as the symbolic new (but old) brand of two Koreas poised to become one.

Meanwhile, Hyundai Construction and other huge South Korean corporations specialising in giant infrastructure projects can’t wait to extend their high-speed rail, road and bridge networks to and through North Korea… and way, way beyond. So no need to wait months for your new car to arrive by slow ship from the reunified Korea. It could be with you in a couple of days via car-carrying bullet trains that will eventually whack across Asia, the Middle East, Europe, then through the chunnel into little Britain.

Don’t laugh. Eventually it’ll probably happen. When I was in Seoul in May speaking to everyone from Korean bankers to entrepreneurs, they assured me it will. Korea just won’t rest until it becomes a bigger, better, more talented and ambitious vehicle producer than the old enemy, Japan.

And with Samsung, LG and other colossal, globally respected Korean firms about to enter the hi-tech car building industry proper, it’s game on.